Samsung has unveiled the Galaxy S8 and Galaxy S8+ and its shipments are slated to begin on April 21. However, Xiaomi will be launching the Mi 6 and Mi 6 Plus smartphone three days before it on April 19. One major similarity between the Galaxy S8 duo and Mi 6 duo is the Snapdragon 835 chipset. Xiaomi seems to be testing the performance of the Mi 6 flagship as its Geekbench benchmark scores have surfaced.

On Geekbench, the Xiaomi Mi 6 has scored 2006 points in the single-core test. In the multi-core test, the phone has scored 6438 points. The scores appear really impressive, but there could be several factors that may have helped the Mi 6 to record such scores. 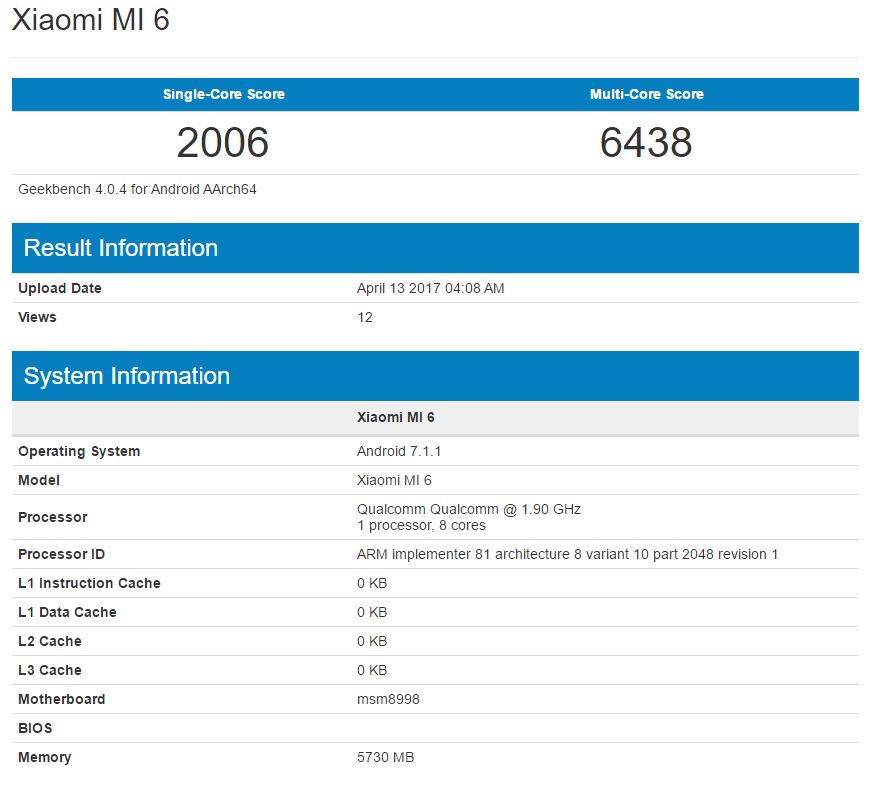 The first reason could be the presence of lower clocked Snapdragon 835 chipset. The SD 835 can reach the highest processing speed of up to 2.45 GHz, but the test device featuring the same chipset works at 1.9 GHz. Another reason is that the Mi 6 is expected to come with a full HD screen which can consume lesser power than most flagships from other companies featuring quad HD screens.

The comparison of the Geekbench scores between Xiaomi Mi 6 and Galaxy S8+ suggest that the Mi 6 may offer better performance. It should also be noted that the of Mi 6 test device used on Geekbench features 6 GB of RAM whereas the Galaxy S8+ has 4 GB of RAM. Both the phones are running on the latest version of Android Nougat OS.