Xiaomi’s much-anticipated mid-ranger Xiaomi Mi 5C has appeared on the benchmarking website GeekBench’s database. The new benchmarks of the device, which has been doing circles in the tech headlines for several months now, have undergone multiple changes since we last had these AnTuTu scores.

For the uninitiated, the Xiaomi Mi 5C (codenamed Xiaomi Meri), is expected to come equipped with an eight-core processor, 3GB of RAM, and Android 7.1.1 Nougat.

Worth noting, Xiaomi Mi 5C specs have remained more or less consistent throughout these months since the so-called ‘leaks’ started surfacing online. The only big difference is that compared to the previous rumors that predicted Android 6.0 Marshmallow out of the box, the handset will probably be powered by Android Nougat. 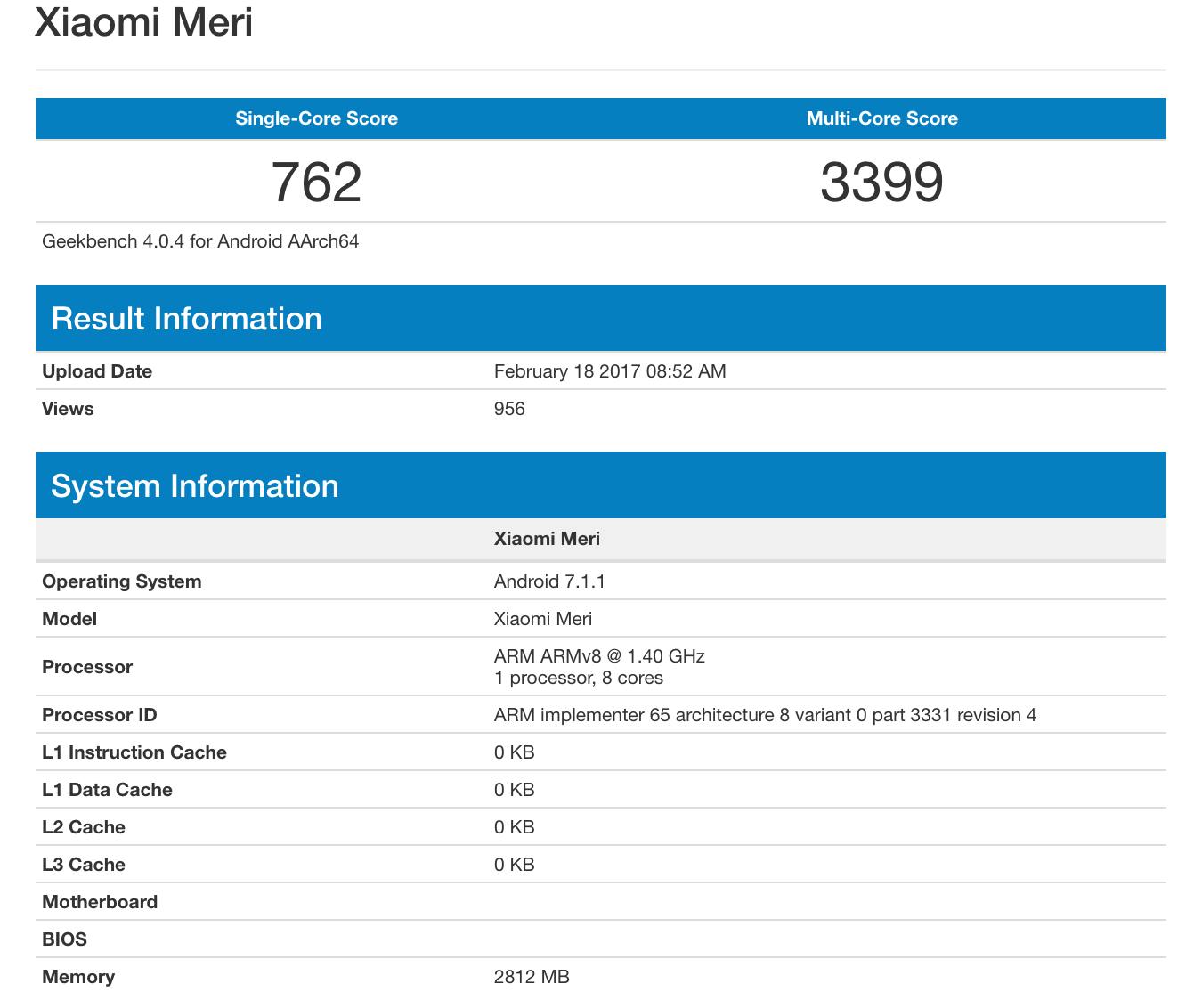 As for the new benchmarks, the new single core score stands at 762 points, whereas the multi-core score is 3399 points. Compared to that the benchmarks with the octa-core Qualcomm Snapdragon 625 were 820 and 3000 points for single-core and multicore respectively.

Basically, even though the single-core performance of the Mi 5C processor lags behind that of the SD 625, the multi-core performance can be as much as 10% better. Possibly this is due to the fact the Mi 5C CPU reportedly comes with lower core frequency (1.44 GHz).

As for the launch, the Xiaomi Mi 5C release date is rumored to be set to fall in early March. If that’s true, Xiaomi is likely to come up with an official announcement — or at least, some sort of hint regarding the new device — in the next couple of weeks or so.