MobiPicker
News Xiaomi Mi 5 Will Be Worth Waiting For, Says Xiaomi CEO
Share on Facebook
Tweet on Twitter
The Xiaomi Redmi Note 3 and Mi Pad 2 were unveiled in China yesterday. However, the Xiaomi Mi 5 was surely missed at the event, which the Chinese media was not late to spot. When Xiaomi CEO Lei Jun was asked about the phone, he said that the phone is “very very good” and “is worth the waiting”.
However, after making such a promising statement, the Xiaomi CEO did not reveal any other information about the Mi 5. But he did note that the Xiaomi development cycle is being sped up, which means that the company will launch its products faster than before. 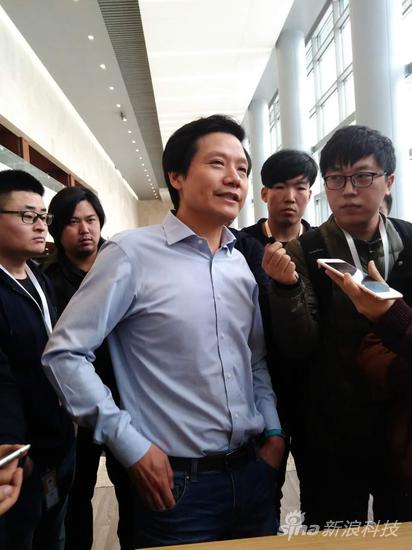 The Xiaomi Mi 5 was first heard of during the year 2014, but it is being delayed since then. Then we came to know that the phone could carry Qualcomm’s latest Snapdragon 820 SoC. It is now being said that the phone could launch on December 3 now, which is just a week away. Considering the fact that two major products from Xiaomi were launched yesterday itself, it seems unlikely that another big event will be held soon. But then we can never be sure of surprises that Xiaomi might want to throw at us.
If the phone does come with a Snapdragon 820 chipset instead of MediaTek’s Helio X20, then we expect the phone to launch in early 2016 when the SD820 chipset starts shipping to the OEMs. For those who live in the US and are looking forward to the Xiaomi Mi 5, a US variant of the phone is not coming as of now. Xiaomi CEO has made it clear that China is the primary focus for the company, while Indonesia, Brazil, and India remain secondary markets. It will take some time before Xiaomi products reach Japan and US.