The Xiaomi Mi 4i, which started its journey from the India, has been facing heating problems since its launch last month. The handset received an OTA update last week claiming to fix the over-heating issue, but the upgrade suspended quickly due to reportedly more bugs than the earlier. Now the Chinese startup has released another 805MB OTA update v6.5.5.0 which is also claiming to cure the long overdue disease. 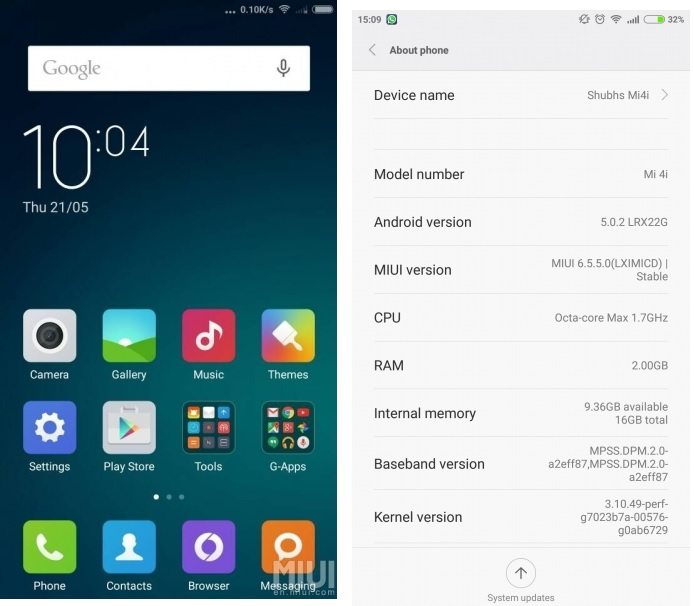 Hugo Barra, Vice President of International Operations at Xiaomi, has confirmed the roll-out of update on his Facebook page. Here is what Barra said –

Today we began an over-the-air system update of MIUI v6.5.5.0 for Mi 4i users. This is our first major update for the Mi 4i since its launch last month, incorporating feedback from many early Mi 4i users with a number of bug fixes and optimizations.

We’ve heard from some Mi 4i users that their devices can get warm under more strenuous conditions such as complex 3D gaming for extended periods of time. To address these concerns, we’ve optimized our thermal control algorithms to better regulate the temperature. The new thermal controls adjust frequency, voltage and the number of cores in use depending on the chipset temperature.

In all of our internal testing and pre-OTA release in the MIUI Forum and beta testers, we’ve observed that these changes reduce the device overall temperature without impacting performance. It’s pretty cool! (sorry for the pun, couldn’t help it lol)

Everyone should get the update this week. Please keep the feedback coming — you know we love hearing from you guys.

PS: We started rolling out this OTA as V6.5.4.0 last week, but some users reported a minor issue related to the power button, so we created a fix over the weekend and resumed the roll out today.

[Phone]
• Fix – Sometimes, calls could not be made when there was only one SIM card inserted (05-11)