MobiPicker
News Xiaomi Mi 4i launching in Malaysia on May 21
Share on Facebook
Tweet on Twitter
Deal Alert: 49% Off on ExpressVPN
Touted as #1 VPN in the world, ExpressVPN is now offering 49% off & an additional 3-months of service on its annual plans.

The Xiaomi Mi 4i, which was unveiled in India last month, is now all set to launch in the Malaysia on May 21st.  The pricing details are not known yet, however we can expect it ranging between Hong Kong and Singapore price – $205 and $210 respectively, where it went on sale last week. The budget friendly smartphone will be accessible in white, pink, blue, and black color choices. 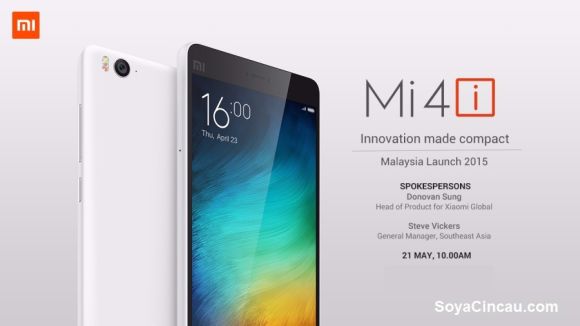