As expected, today Chinese smartphone maker Xiaomi has officially announced the Mi 4c, an improved variant of the existing Mi 4i which debuted in April in India. The new phone is most probably China exclusive device, but as usual you could always get it from third-party retailers.

The Xiaomi Mi 4c makes an introduction to the wild with a 5-inch Sunlight Screen with 1920 x 1080 pixel resolution and is powered by a hexa-core Snapdragon 808 central processing unit, just like LG’s latest flagship phone, the LG G4. 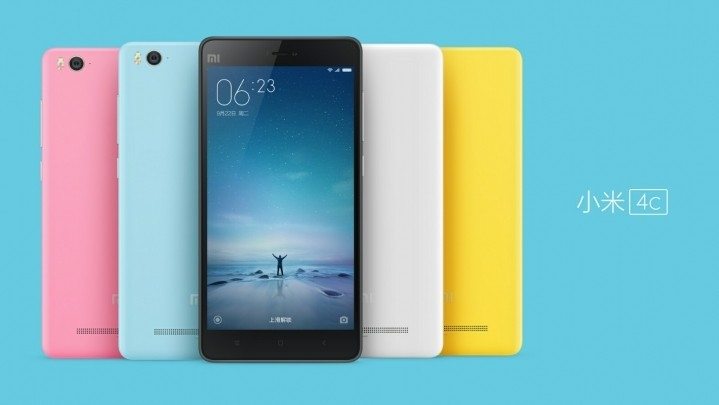 The Xiaomi will give the ability to select between 2GB or 3GB of RAM and 16GB or 32GB of native storage. There is same 13MP primary camera as the Mi 4i, but this time there is a new feature on board – “Phase Detection Autofocus”.  The selfie camera is a 5MP unit.

The Mi 4c powers by a 3,080 mAh battery and features Qualcomm’s Quick Charge 2.0, and USB Type-C port. As earlier reported, users who want to stick with microUSB can do so, because the phone supports both standards.

Other interesting features include “Edge Tap”, that will enable the Mi 4c to react on light taps on both the sides of phone. For example, you can tap the edge once to snap an image, or click it twice to go back on previous page.

As far as connectivity is concerned, the new phone features 4G LTE connectivity, Dual-SIM support, Wi-Fi, Bluetooth, and GPS. The phone additionally feature infrared port which gives you control over the home appliances like AC, LED, etc. The Android 5.1 Lollipop with MIUI 7 on top is pre-installed. 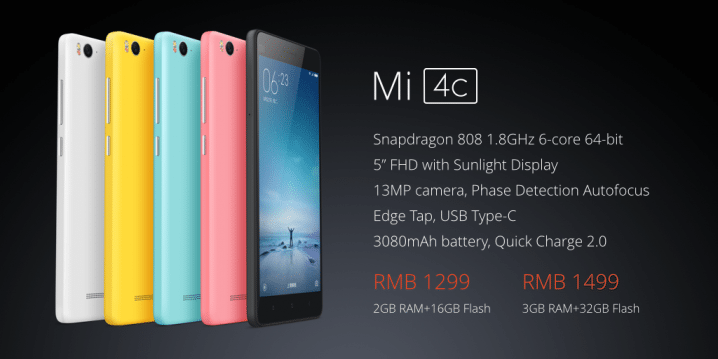 Finally, the Xiaomi Mi 4c 16GB storage with 2GB RAM version is priced at RMB 1299 ($204), while the high-end model will set you back RMB 1499 ($235). It will be available in different colour schemes including Yellow, Orange, Blue, Pink, White, and Black. Which one suits you best?