Xiaomi has celebrated their first birthday in India with great pomp and show. Xiaomi has run past thorugh the crowd of manufacturers and is now standing at fifth position in terms of market share in India. With 35 people team positioned in Bangalore, Xiaomi’s product line is available of its own website Mi.com apart from Amazon, Flipkart, Snapdeal, Airtel and The Mobile Store. 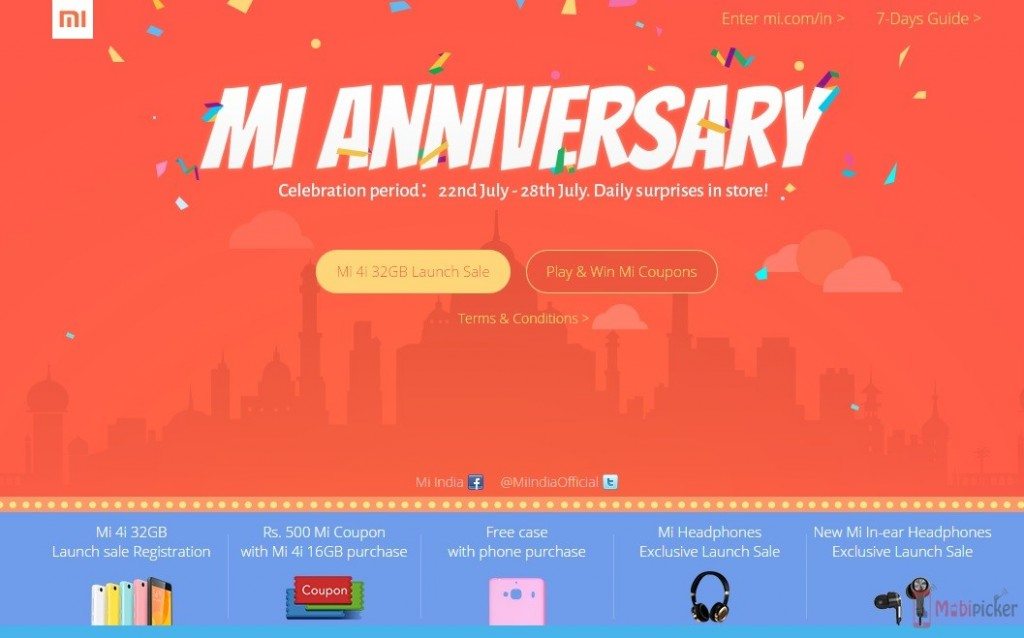 As expected, Xiaomi has launched the 32GB variant of the Mi 4i on its first birthday in India which was available worldwide earlier and will be available in a new color of Dark Gray. Joining the bandwagon of etailers moving to app stores, Mi has also launched a Mi Store app which can be used by people to purchase the Xiaomi’s products.

Apart from the above, Xiaomi is providing coupons worth Rs. 500 on the purchase of 16GB Mi 4i, Colored phone case is being given as freebie with Redmi 2 or Mi 4 alongwith a cashback offer on 16GB Mi 4i. These offers and many more to come will continue till July 28 as part of their weekly celebrations. Xiaomi also announced two new headphones for India, one being the Mi headphone with aluminium built and 50mm drivers for Rs. 5,499 and Mi In-ear headphone for just Rs. 999.

Are you excited about the offers?