Though, Samsung has patent for wrap around phone, still it was a wonder while they released Samsung Galaxy Note Edge with one curved side earlier this year.   Now, it looks like, Xiaomi taking the feature a step ahead. A poster apparently reveals the so-called device Xiaomi Arch with two curved sides. 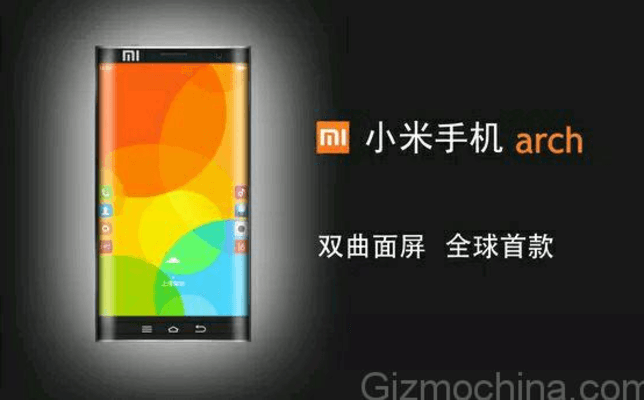 Samsung used curved side for notifications and managements. While the Xiaomi has one more curved edge and same could be used for live statistics like stocks and sports scores. The poster says the Arch is the planet’s first cellphone using a dual side curved display.

However, it does not look like more than a concept phone for now. While compare price with the Samsung’s Galaxy Note Edge, the Xiaomi Arch would do against the company’s low budget phone tactic. Additionally, all we’ve got at the present time is a poster. We’d be more than pleased to pass something more concrete to you, if it is released.