Currently, the most common mode of cashless payment is card payment. However, payment cards have proved times more than enough that they are not the safest means of payment. The alternative to payment cards is mobile payment. There are card payment systems such as Apple Pay, and Android Pay, owned by Apple and Google respectively. Some time back Samsung introduced its own mobile payment system called Samsung Pay. Now, Xiaomi has joined the bandwagon. Yesterday, CEO Lei Jun officially announced Mi Pay. 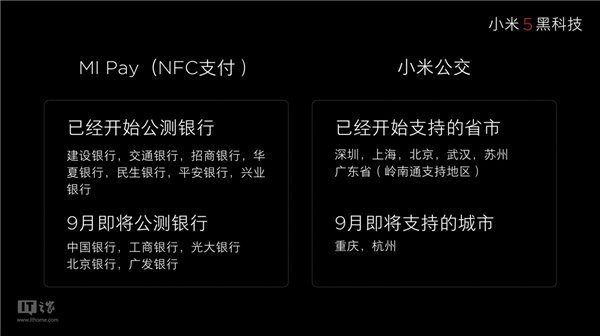 Mi Pay will soon be live in China, where we expect the company to roll out the service to Xiaomi Mi 5 users soon. Yesterday’s announcement did not shed light on the international coverage of Mi Pay. But we should not expect launches in many countries considering Xiaomi’s smartphones are yet to land on some international markets.

Mi Pay already has competitors who are well established such as Apple Pay and Android Pay. Xiaomi has quite a following in China, therefore, Mi Pay may well thrive amid the stiff competition.

Do you prefer card payments or have you embraced mobile payments? Drop your opinion in the comments box.