XCOM 2 has probably been around for two decades now. Its fan base got an uplift when the 2012 series XCOM: Enemy Unknown was released. Players who have followed the game through the years may be beaming with confidence, but this time, there are issues to contend with. 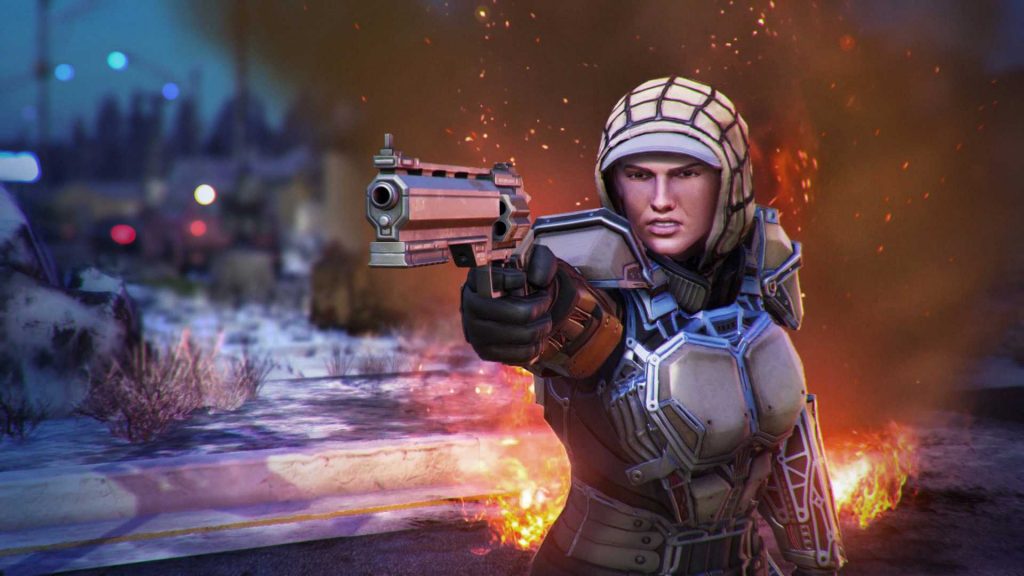 For a beginner, XCOM 2 Beginner’s Guide may come in handy, but for the more experienced players, that may not be necessary. All you need is a walk-through that will help you to overcome some of the numerous pitfalls that came with XCOM: Enemy Unknown sequel.

Avoid Building A Shadow Chamber In The Shielding Power Coil

When provided with such a choice as to build a Shadow Chamber or a bolstered Power Relay, players would want to fall for the easy way out. Before you come to a conclusion, do the simple logic, building a Shadow Chamber will cost you five power units while a bolstered Power Relay will provide you with ten (and this can be doubled if you have engineers stationed inside. Now looks like an easy choice right? But it is all up to you.

Firaxis has equipped the environment with tools which can come in handy for the player. For example, Players will encounter powerful turrets with high armour which makes small firearms almost useless on the roof and watch towers of ADVENT facilities. However, you can simply destroy the floor beneath the turrets and problem is solved. Explosive Barrels can be used to take out large enemies. Doors can be slammed shut on enemies, cutting you off their sight and line of fire. These and more are ways you can use your environment, keep exploring.

Give Freedom Back To Your Friends

Vipers can be a pain in the butt because they can bind one or more of your soldiers. The good thing is that when you free the soldier(s) in view, they take out their revenge on the Viper. To free the soldiers, you will need to equip your primary weapon, especially the one loaded with an experimental ammunition will do the trick. Weapons that deal a small amount of damage (1 – 3 points) will not make Viper to bulge.

Overwatch Without Element Of Surprise IS Useless

Slash is an effective counter against nearby enemies monitoring the battlefield because the Shadow Step perk prevents Rangers from triggering Overwatch. Instead of allowing the fear of Overwatch stall your movement and repositioning your soldiers, just deal damage to the team on guard. Grenadiers’ Suppression ability can be used to cancel Overwatch while simultaneously reducing the target unit’s chance to hit for one turn.

It is better to have highly specialized and trained soldiers to complete specific tasks and serve specific roles on whatever missions they’re deployed. A few times, it may be sensible to take perks from both tech trees for a given class. A good example is taking Phantom and Run and Gun on any ranger in your squad. However, it may be foolish to mix perks from the Specialist’s Battle Medic and Combat Hacker trees. Though it can be done, there is little this will amount to.

One thing is in short supply in XCOM 2 and that is money so to get most out of it, you have to invest it wisely. Supplies and Intel are both are regularly depleted resources that you will need in high quantity; the supplies to keep your barracks full and plenty of Intel to establish connections between various branches of XCOM. A good investment is to build radio relays in any region under XCOM influence as quickly as you can, to increase your monthly income. Squad casualties will also deplete your resources so try to keep them low.

Nanovests are good examples of the bad investment. They use up ADVENT Trooper corpses and Supplies, both of which is needed to build Predator armour (a byproduct of the Plate Armor research). Also, since players can now free up all their gear with one click, you need not more than one of any utility item (i.e. the skulljack) exception being for medkits. Ensure you have enough medkits to go round every healer in your party.

You Can Not Save The World

It is OK to skip a few missions especially when best soldiers are down with injuries. This will come with a price such as needing you to re-establish contact with a particular region but when you compare it to getting your best soldiers massacred by ADVENT forces because they are defending their supplies, you will see it is a better choice.

Ranger School may be the place you will end up if things go sour for long in your campaign. Death is a common occurrence alright but when you keep charging without a proper plan like brainless monsters then you keep doubling the casualty. Use Guerrilla Training School to ensure you always have the soldiers you need.

Giving Hair Trigger weapon mod to your high-level Rangers is the most efficient of the combo. The chance for a bonus action becomes deadly when you remember the Implacable perk gives you an extra move on any turn where the ranger gets one or more kills. Combined, that is (one move + one action) extra turn anytime the Hair Trigger effect is activated.

Utilize The Power Of Size

Just like the first part, Enemy Unknown, squads in XCOM 2 max out at 6 soldiers. So, once Guerrilla Training School is built, focus on increasing your soldiers. On the other hand, every gun counts; particularly when having an extra spot in your squad is the difference between bringing one healer and two. That said, both upgrades should be your priority each time you start a fresh XCOM 2 campaign. This does not mean you should go bankrupt from paying research cost to increase the size of your team.

Every instinct will naturally yell at you to squeeze the trigger once a wandering patrol gets close. But players are much better served to keep the entire team in Overwatch, ready to ambush the enemy if they’re spotted, and hoping to maintain Concealment for another turn. It only takes patience and you will be able to learn about each patrol within a couple of turns. Most enemy patrols either walk back and forth, in a straight line, or complete a lap around whatever building or structure they’ve been assigned to. Try as much as you can to let fights stay at bay as much as necessary but still be ready to take out enemies that get too close for comfort.

Little Details Can Save The Entire Squad

Keep your eyes open at the civilians because they can reveal things beyond your regular sight. For example, when you see civilians fleeing from an unexplored part of the map, it is probably because some ADVENT forces are lurking around there. On the contrary, civilians that seem unperturbed to the surrounding chaos are faceless in disguise.

When enemies are on higher grounds, try to take their platform down with explosives. Players take a lot of damage when they fall from heights which make your mop up operation easier. Enemies will also try to push you off platforms so be careful not to let that happen.

Have a nice playing time!