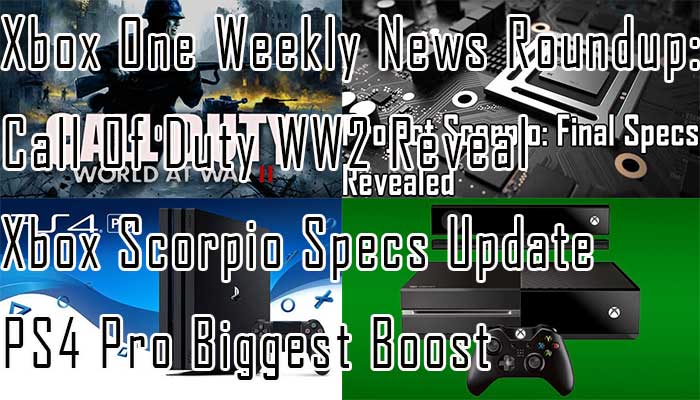 Call of Duty WW2 is a much hyped and a well sought after title. The information about the game is slowly coming out in steps and this past week we saw some surprising news. Moreover, the game’s compatibility with Xbox Scorpio was discussed in detail along with a number of other teases from the developer.

While nothing has been confirmed about the COD WW2 yet, the Studio Co-founder Michael Condrey teased the fans well. According to Condrey, there are lots of surprises for the fans in store involving the Call of Duty WW2.

Condrey reached out to Twitter where he addressed a YouTuber named as Ali-A and said that “He was looking forward to the year.” Condrey’s Tweet read

“Thanks, man! Looking forward to the year. Plenty of surprises ahead. Want to know some of them? J/k, @HSGames would kill me. #mightbeworthit.”

Sledgehammer Games official Twitter had their say as well that added up to the Condrey’s tweet. They talked specifically about the developing team and how they coped with the stress using Yoga. Their tweet read

“We’re fired up, and the team is pushing like crazy.”

Because of all the leaks and spoilers about the game, it’s possible that Activision will be releasing the game a bit earlier than the rumored dates. If that happens, the game might be coming out at the end of April 2017.

This news follows another one of past weeks biggest reveals that the Call of Duty WW2 is set for a 4K update and it will be made available to play on Xbox Scorpio. This claim was made before Microsoft revealed Xbox Scorpio’s detailed specs.

Based on the latest information, reportedly, Call of Duty WW2 is being optimized to run on Microsoft’s newest console the Xbox Scorpio. It is also rumored that the new Xbox Scorpio is going to offer a boost similar to the one on PS4 Pro.

According to Albert Penello, Microsoft’s Senior Director of Product Management and Planning

“Everything will run better. We don’t need boost mode. The whole console is boost mode. All the stuff on your Xbox One HDD will plug right into Scorpio.”

Penello further explained that the comment he made wasn’t meant as a shot at the PS4 Pro. He said that

“It’s not a shot. I wish people didn’t take it that way. I was asked a question and tried to explain in a simple way.”

If the Sledgehammer Games is going to include Dynamic Resolution and Dynamic Frame Rates to the game, it is possible that the game would be ready for the 4K quality. The Xbox Scorpio will definitely enhance all that and will offer a stunning experience.

Another one of the biggest breaks of the past week was the Xbox Scorpios full Specs reveal by Microsoft. Microsoft teamed up with Eurogamer’s Digital Foundry and they revealed the full Project Scorpio Specs and some more details about the console.

No Kinect Port In Xbox Scorpio

Another news of the past week, that the Xbox Scorpio will not have a Kinect port, literally angered a lot of fans. However, this all was iced over with the option that allowed the use of Kinect with Scorpio as a separate unit. This is kind of a bad news too, but fans seem to be accepting that well.

Before the Xbox Scorpio ever existed even in thoughts, fans enjoyed the Xbox One S without the Kinect port. It now seems that Microsoft was making the fans ready by experimenting them with removing the Kinect port from Xbox One S.

The full extent on how the fans will be accepting the absence of Kinect port from Scorpio will definitely come out with the launch of the new console. Hopefully, it’ll be a tiny one against all the innovative things Xbox Scorpio is going to offer.

With the news rounds about the Xbox One, Scorpio, and Kinect, the following stunning report also came out this past week. The PS4 Pro fans were treated to the news of a brilliant title Days Gone’s possible ascension to the PS4 and Ps4 Pro consoles.

Days gone was one of the last titles that Sony showcased at E3 last year, since then no special news about the game followed. But now, the fans woke up to the news of Days Gone’s possible leap towards the PS4 and PS4 Pro. However, Sony seems to be a bit careful and they haven’t released much of the info on the game.

According to an Australian retailer, the game is going to be available for purchase from August 22, 2017. So, all the Ps4 and PS4 Pro fans get ready for an amazing new title to enjoy.

The weekly roundup has all the major news breaks that somehow rocked the fans worldwide. Cod WW2, Xbox Scorpio, PS4  and PS4 pro remained the biggest topics throughout the week. Let’s see what this week brings as the most chilling news. Hopefully, we’ll be seeing developments in the recurring news as well as get entertained by some new ones too. So, stay tuned and we’ll bring everything to you as we always do. Keep us posted with your insights via the comments. We love your feedback.