It’s been three years since the release of the Xbox One and Microsoft has now announced a new version of it. Meet the new Xbox One Slim, 40% smaller but capable of supporting 4K and ultra HD content. It has an internal power supply and 2 TB of storage. According to Microsoft, it is the most “advanced console ever” but is that true? 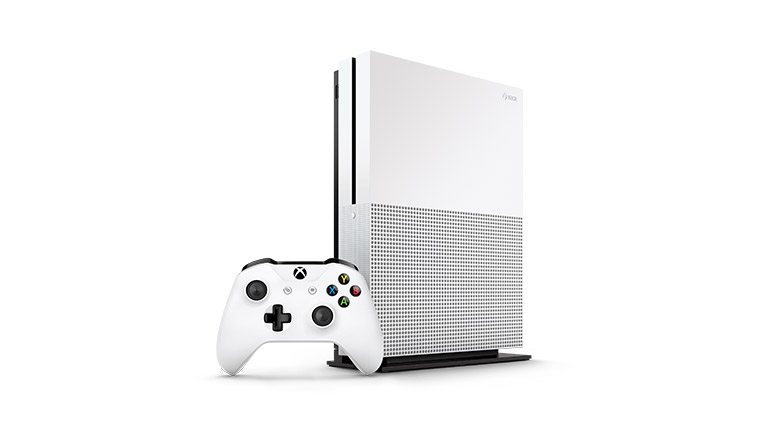 With Xbox One Scorpio and Playstation Neo set to be delivered a year from now, one must ask whether is it even worth it to buy another $300 console or just wait another year to buy the much better Scorpio. With Scorpio’s mind-blowing specs the Slim version doesn’t stand a chance, so why the sudden release of a console that is slimmer than its predecessor?

Well, to start with, it is definitely faster than the Xbox One and, as such, is the best version of Microsoft’s new console on the market right now. And the 2TB size is a welcome change. If you’re an avid gamer, chances are your Xbox One would have been filled with games a few weeks after launch. The new Xbox One S is not only visually appealing but is a 75% increase in storage and that is definitely more demanding than having an external drive attached to your previous Xbox One to make up more space for games.

Only those with the 4K television can enjoy the 4K content at the moment but 4K TVs are quickly become a standard for those looking for top quality in what they play and watch, so the addition of 4K streaming is a welcoming add-on.

Another great addition is the ability to stand the console upright. To do so, simply slide the Xbox One S vertical stand onto the bottom of the console, and you’re able to stand it up. Also, this console has physical buttons instead of the touch-sensitive buttons like on the previous console. These are more reliable unlike the sync and power buttons on the Xbox One which didn’t work properly most of the time.

The internal power supply means you won’t have to place an external power brick carefully on the floor or somewhere safe. If you’re worried about over-heating then that won’t be a problem as well because the porous shell of the console will dissipate heat quickly and keep the console at optimum temperatures.

So now for the kicker, do games run faster on the Xbox One Slim? We are glad to say that is definitely true. There are less frame rate drops and faster loading times which is definitely useful in games like GTA Online which was plagued by longer loading times on consoles. All of this was expected the new Xbox One S has an overclocked GPU speed that jumps from 853 MHz to 914 MHz, and higher ESRAM bandwidth that adds an extra 15 GB/s.

So should you buy it? Well, it depends on whether you are willing to spend more for some improvement in your games experience. It’s not much of an improvement over the previous Xbox and we personally think waiting for the new Scorpio is more feasible than spending cash in a new Xbox just for the aesthetic appeal.