Xbox One Backward Compatibility games list has recently been boosted with two more fantastic titles. Sid Meier’s Civilization: Revolution and Insanely Twisted Shadow Planet are the two new Xbox 360 games that the fans will now be able to enjoy on Xbox One. 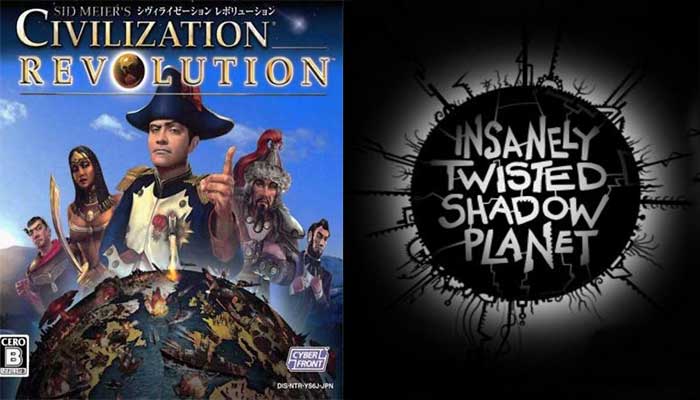 It was recently announced by Microsoft’s Larry Hyrb Aka. Major Nelson on twitter that these two games are now added to the Xbox One BC list. Have a look at his tweet from April 4.

All the Xbox 360 players who already own these two games will see these titles automatically included into their Xbox One Backward Compatibility games list. However, if you don’t have any of these games you can buy them online. You can buy Sid Meier’s Civilization: Revolution for $9 and the Insanely Twisted Shadow Planet for $10. Sid Meier’s Civilization: Revolution is about 4.95 GBs in Size while the Insanely Twisted Shadow Planet is on 577.14 Mbs.

For online purchase of the games, please follow these links.

In other Backward Compatible games news, Bill Stillwell from Microsoft posted a detailed message earlier. Stillwell’s message deeply discusses the technical and operational considerations for the games in the BC list. Players around the globe have been asking for Call of Duty: Black Ops 2 to be made a part of the Xbox One Backward Compatibility list. But, it hasn’t yet happened and there is no official news or leaks about the game.

“I can’t underestimate the complexity of the non-technical part of this. We are in some cases reviewing licensing agreements that are a decade old, evaluating the impact of new technology on those agreements, and then negotiating with a host of other parties for terms to get renewed/changed.

This is not a quick process most times.”

Have a look at Bill Stillwell’s tweet about the matter.

No BC releases today, but the week isn't over. More importantly though, a message that might help explain the state of things today. pic.twitter.com/9ML0VPDqJx

For all those players who have been waiting for these two fantastic titles, they can now enjoy both of these games on Xbox One via the Backward Compatibility program. There are a number of other great titles lined-up for release as well. Hopefully, the fans will see two or three more games in the coming weeks.

There is a total of 360 games added to the Xbox One backward Compatibility List so far. More games are on their way. Stay tuned, we’ll share more info as we get it.