We’re halfway through April, and Microsoft’s excellent lineup for Xbox Live Games With Gold has entered its second phase. While Lords of the Fallen and Dead Space will not longer be available for free, their slots have been taken over by Sunset Overdrive for the Xbox One and Saints Row IV for the Xbox 360. And yes, that is a Dubstep gun below. 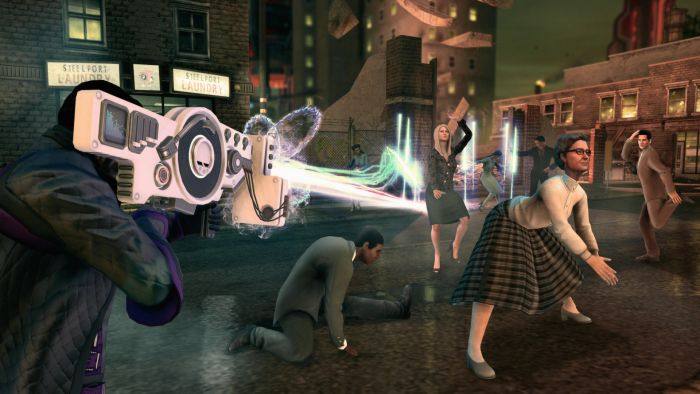 Keep in mind though, that even if you don’t own an Xbox 360, Saints Row IV is available via backwards compatibility, which means you can still play the game on an Xbox One. Oh, the wonders of technology.

Sunset Overdrive is normally $30, and features very frenetic open world shootbang  that involves grinding rails, zipping across zip lines and shooting lots and lots of mutants. It also has a very pertinent anti-fizzy drinks message, which is very important in this day and age. The game is developed by Insomniac Games (Resistance series, Ratchet & Clank series), and is exclusive to the Xbox One console.

Saints Row IV is normally $35 and is an even more deranged game simulating the adventures of a street gang whose boss is now the President of the USA and must stop an alien occupation, using such tools as a Dubstep gun and the sheer power of the presence of Keith David. It’s one of the most poignant tales of our times.