Larry “Major Nelson” Hryb has confirmed on his blog that the Xbox Live Games With Gold for May 2016 will include Defense Grid 2 and Costume Quest 2 for the Xbox One, as well as GRID 2 and Peggle for Xbox 360. He has also confirmed that the two Xbox 360 games will also be playable on the Xbox One, thanks to backwards compatibility. 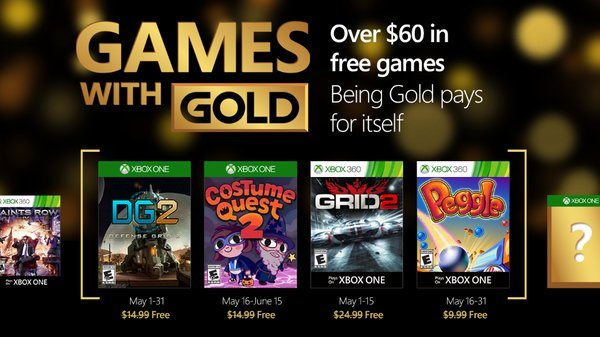 It was always going to be a challenge to follow up on this month’s Games With Gold, which included such heavy-hitters as Saints Row IV and Sunset Overdrive, the latter of which is an Xbox One exclusive. While the next month’s entries are far from impressive, they’re still great games. And besides, can’t say no to free.