Can you smell that? The month’s almost at an end, and we’re poised for the month of July. And a new month means new Games with Gold over on Xbox Live. There’s four games that will be available to Xbox players this month: two of which are Xbox One titles and the other two are Xbox 360 titles. The Xbox 360 titles will be available to Xbox One players via backward compatibility as well, so Xbox One players get a total of 4 games for absolutely no cost this month. 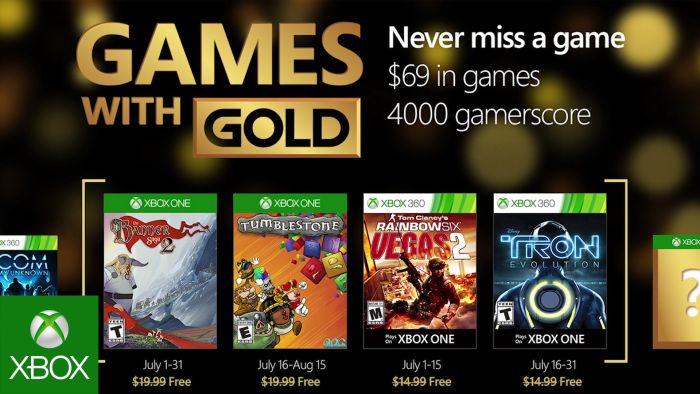 While I can’t say I’ve played any of these titles, I’ve certainly heard a lot about The Banner Saga 2. Considering it’s a fairly recent game and a very high-quality one at that, it would certainly displease the Norse gods if you were to ignore it this month. For more information on the games, check out Xbox Wire. Let us know which games you’ll be getting on Xbox Live in the comments below.