Play together with Xbox Live Gold. December’s Games with Gold lineup for Xbox One includes: Sleeping Dogs: Definitive Edition and Outlast. For Xbox 360 owners (and through Xbox One backward compatibility), December kicks off with Outland, followed by Burnout Paradise.

The Definitive Edition doesn’t mess much with what made the original game so great. And that’s a good thing. It’s definitely a shame that the studio shut down but hopefully, Square Enix tries to get us a sequel.

Horror game Outlast stands proudly as a unique and terrifying survival horror game. Outlast is mainly scary because of the eery atmosphere, and constant reminders that you could see a gruesome kill animation anytime soon. The graphics just make the horror more intense, and the music is also a key element.

Outland is one of the most unique and best modern 2D platformers. It has a great art direction, with your character being a dark shadow and is surrounded by the shadows of the forest. You move through the levels with tight controls and fight against enemies. The game uses the concept of light vs dark. This leads to some intense platforming. Outland is an amazing game and should be played by everyone.

Burnout Paradise was a pretty significant release from Criterion Games. Not only does it make fundamental changes to the Burnout design, but the game was groundbreaking from a technical perspective. From the graphics to the rock solid framerate to the sheer scope of it all, Burnout Paradise is an impressive video game. The game unleashes you in the massive Paradise City, and the freedom is pretty liberating. The city is packed with things so many things to do, from the races to various challenges, that it can almost feel overwhelming at times.

Let us know your thoughts on these Xbox Games With Gold for December 2016. 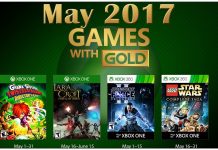 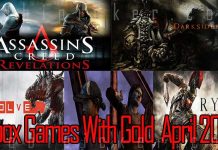 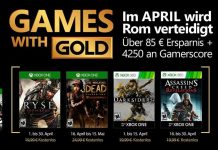