All the fans who are waiting for April 2017 Games with Gold lineup, the new update is about to land. It will be bringing a new Xbox One Backward Compatible game with it as well. 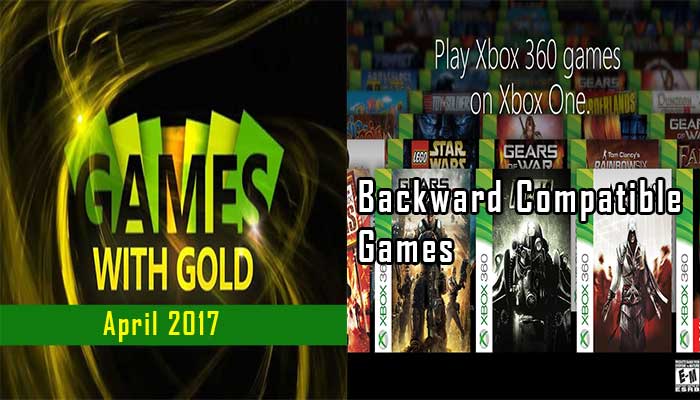 As Microsoft always does, every month the players are treated with two new Xbox One and Xbox 360 games free of cost via the Games with Gold program. Microsoft splits these titles based on their launch and makes them live separately.

So, the Games with Gold April 2017 will definitely follow the same pattern. Fans have only a few hours left to grab the games that are scheduled for rotation and will be replaced with other titles.

Ryse: Son of Rome will be available for the whole month of April. However, Evolve: Ultimate Edition will be replaced soon with The Walking Dead: Season 2. Darksiders is also up for a replacement with Assassin’s Creed: Revelations on April 16th. It has been available for the past 15 days.

Following is the full April 2017 Games with Gold lineup;

In addition, it’s highly likely that Microsoft is going to announce the Games with Gold May 2017 line-up as well. However, it’s not going to be announced until April 19, 2017.

By following the tradition, Microsoft takes at least a week until the new Games with Gold lineup launch in order to advertise the upcoming collections. That includes at least four games to download on Xbox One.

Furthermore, the Assassin’s Cree: Revelations was made part of the Xbox One Backward Compatibility program at the end of last month. This will allow all the Gold members to download the game and expand their libraries.

In total, three new Xbox One BC games have been released in the month of April 2017. The biggest hit of them all was the Call of Duty: Black Ops 2.

So, all the Games with Gold and Xbox One Backward Compatibility fans get ready to grab your favorite games. And don’t forget to check out if you still want to download the games that are up for a rotation. Remember, you have got a little time left.