Everyone’s favorite MMORPG just had its sixth expansion released on August 30. World of WarCraft is probably the most popular online game of all time. The only game that appears to rival its online status is Counter Strike (even though both are completely different games). The game was originally released in 2004 and, since then its subscription has stayed above the million mark. The game reached its peak subscription of 12 million in 2010 and continued to decline till 2014 when it suddenly rose to 10 million when Warlord of Draenors expansion was released. Anyways, if you’re a newcomer and wondering whether you should get a World of WarCraft subscription or if you’re a former player thinking of jumping back into the action, we’ve compiled a list of five reasons you should play the game.

Former players have no better reason to buy a WoW subscription than this. The new Legion expansion will add new dungeon and raids. A new PvP season will begin on September 20. The game features a level 50 Honor cap after which your Prestige level is raised which gives you added benefits. It will feature artifact weapons for each classes’ specializations, a new area on Azeroth called the Broken Isles and the demon hunter hero class that starts at level 98.

The game has yet to be abandoned by Blizzard. There are new raids, dungeons, loot drops and other content. Suffice to say, you will not be disappointed because Blizzard intends to support it for a long time. The game has an incredible fan base too. The upcoming Legion expansion proves our point, so gear up and jump into the action.

3. World of WarCraft has the best online community

You must have heard about long distance relationships getting established because of World of WarCraft. Well, this is definitely true as was shown in the famous documentary called Second Skin. Who knows you might finally meet your dream girl/ boy while casually going for a stroll in the Eastern Kingdoms. You can also make some new friends. You all would share the same interest and would be going on raids together. The socializing is endless.

4. Anyone can start playing it right away

World of WarCraft isn’t the kind of game that only requires a certain set of skills because the game is very diverse in allowing players to choose their favorite play method. You can play as a Death Knight, Hunter, Mage, Paladin, Priest and more. Each class is unique and drastically changes the gameplay experience. So, if you’re someone who likes to support his team or someone who, like a tank, wants to get the front row in all the action, this game will offer you a multitude of options in terms of play styles.

5. World of WarCraft is a time-waster…. But in a good way

The documentary Second Skin shows many individuals who end up ruining their lives, losing their jobs and their families after playing too much World of WarCraft. We definitely don’t advise you take your commitment to the game to the next extreme. However, it is no mystery that the game is addictive and let you grind countless hours into the night and day while going on raids. This is a game with an unending stream of content, quests, and raids. There are so many endless possibilities. So much to do. If you’re someone like us who loves RPGs dearly then this is for them.

World of WarCraft is Blizzard’s long-running MMORPG. The game even had a movie based on it released recently. You can visit the official Blizzard site to get your WoW subscription now. We’ll keep you updated if Blizzard reveals anything new about its flagship genre defining the game or the new World of WarCraft expansion Legion. Stay tuned to MobiPicker. 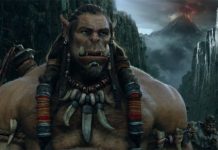 WarCraft Movie Will Not Be Entirely Faithful to Original Lore 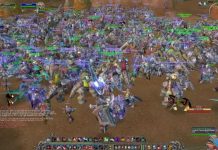 World of Warcraft: Nostalrius Crisis Sends Thousands to Kronos, But Will It Be Shut Down Too?