Witcher 3’s newest update adds a lot of changes to gameplay, GUI and quests. However, if you get the Witcher 3 Game of the Year Edition you don’t need this patch, as that game comes with patch 1.3 already applied. The GOTY edition includes the base game and all DLC, including Hearts of Iron and Blood and Wine expansions.

We’ve mentioned some important changes to the game here. If you want, you can read all the patch notes here.  Vimme Vivaldi is now sporting a fresh look.

The Rabid Rock Trolls near the Dun Tynne crossroads are slightly less rabid on the “Just the Story” difficulty level. It fixes issues related to weapon crafting. For example, players required a silver sword to craft the Mastercrafted Legendary Griffin Steel Sword. It also corrects the value of the Adrenaline Rush buff during the fight against a group of bandits in the “Capture the Castle” quest.

The game now adjusts the maximum level for items, quests, and NPCs to address level requirement discrepancies if a player started NG+ on a very high level. Item and quest maximum level is now 100. NPCs maximum level is 105. It also fixes the issue whereby the Toussaint Knight’s Steel Sword Diagram was not added to the crafting page after looting it.

In GUI CD Projekt Red fixed Steam controller issues and added Playstation controller prompt icons. They also fixed an issue whereby it was possible to place a skill in a mutation slot of a different color.

For quests, notable fixes include Hughes spawning correctly following the “One more day” choice in the “Goodness, Gracious, Great Balls of Granite!”. It is no longer possible to get trapped inside The Pheasantry “Gwent: Never Fear, Skellige’s Here”. It also fixes additional instances of an issue whereby the borders meant to exist only during the “Night of Long Fangs” quest would sometimes become enabled outside the duration of the quest, preventing users from exploring Toussaint.

You can review all the patch notes here. The Witcher 3 was released on 19 May 2015 to rave reviews and won the GDC GOTY award that year. It is considered by many as the greatest RPG ever made. We here at MobiPicker tend to agree with that. For more news regarding Geralt’s adventures in the Northern Kingdoms, stay tuned to MobiPicker.

Witcher 3 Blood and Wine Secrets – New Secrets Include Lost Engagement Ring and An Easter Egg, Here’s How to Find Them

The Witcher 3: Blood and Wine Release Info, Bigger Than All the Islands of Skellige Combined 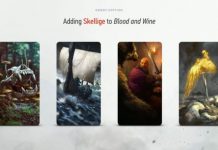 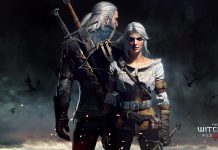 The Witcher Franchise Sold More On PC Than On Consoles