MobiPicker
PC Mac WinX HD Video Converter: Download and Convert HD Videos, Make Slideshows and...
Share on Facebook
Tweet on Twitter
Deal Alert: 49% Off on ExpressVPN
Touted as #1 VPN in the world, ExpressVPN is now offering 49% off & an additional 3-months of service on its annual plans.

With so many video formats and so many media players, it’s quite handy to have a video converter that converts one video format to another. Some devices support specific video and audio formats only and so it becomes necessary to convert your video/audio into the supported format. There are many software out there but there’s one that stands out and is quite popular – WinX HD Video Converter Deluxe. It’s an all-in-one video software that acts as Ultra HD video converter, online video downloader, slideshow maker and video editor. WinX HD Video Converter Deluxe gives you ultimate control over any SD, HD, and 4K resolution videos. What’s more – it comes with hardware acceleration tech that enables multiple CPU cores to simultaneously use QSV and CUDA/NVENC to encode and decode any videos. (There’s bonus at the end of article) 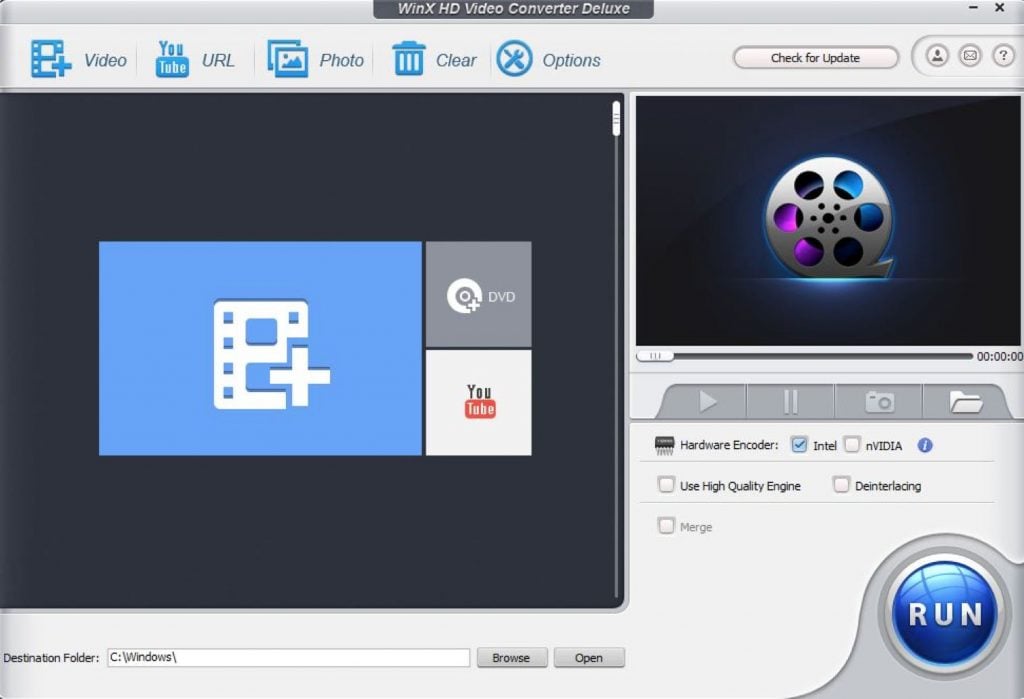 How to Convert HD Video with WinX HD Video Converter?

Step 1: Download WinX HD Video Converter Deluxe, install and run it on your PC. (There is option to select Windows or Mac variant)

Step 2: Load the HD video you want to convert by clicking “Video” button 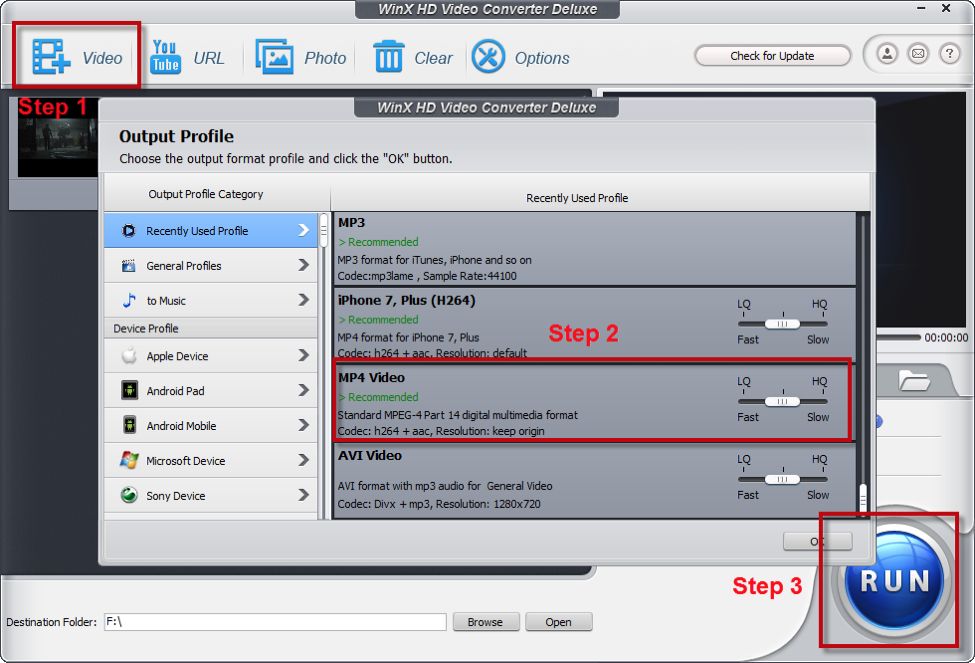 We tested to see how good the WinX HD Video Converter Deluxe is when it comes to downloading YouTube videos and we must say we were pretty impressed! The UI for downloading YouTube videos is pretty simple and intuitive – all you have to do is paste the URL of the YouTube video you wish to download and the built-in YouTube downloader downloads the videos in a jiffy! Using WinX HD Video Converter Deluxe, you can also download videos from YouTube, Google, Facebook, Megavideo, DailyMotion and many more video sites. You can also convert the downloaded videos to AVI, MPEG, WMV, MOV etc. for offline playback, further editing or DVD creation. 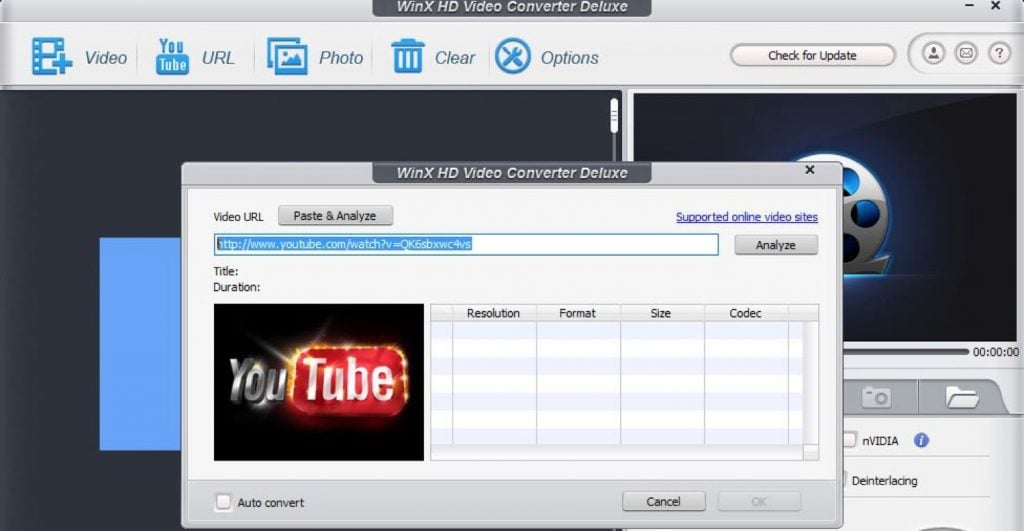 We also tested the video editing feature and the software was able to handle tasks without any lag. WinX HD Video Converter Deluxe lets you make video clips and cut black edges by trimming and cropping, or merging multiple videos to create a new one. You can also add external SRT subtitle files that you have downloaded from the Internet to videos before converting them.

This is one of the aspects where WinX HD Video Converter Deluxe stands out from its competing products – it comes with unique technology to support multi-track HD videos available in BDAV, M2TS, MKV, AVCHD, HDTV and MPEG-TS formats. It allows you to select your desired language(s) from multiple audio tracks before converting and auto fixes incorrect data, thereby guaranteeing a stable video conversion process.

With this feature, you can turn a series of pictures into a continuous vibrant colorful video! You can convert JPG/PNG/BMP photos to AVI, MP4, MOV, MKV, FLV and many other formats.

WinX HD Video Converter Deluxe is available for free. This is a limited time offer. Post the offer period, the price will roll back to $45.95. You can claim a free copy from the Giveaway page where the developer is giving free copies to first 1000 readers.