Years after the release of George RR Martin’s famous book series ‘A Song of Ice and Fire,’ the dedicated readers are still waiting for the official announcement of ‘The Winds of Winter.’ The wait for the planned sixth novel continues with many losing hope that it will hit the shelves in 2017. The 69-year-old New Mexican author continues keeping release details under wraps, however, new reports claim that the much-anticipated novel might be released after the official launch of his another forthcoming novel ‘Fire and Blood.’

In January 2017, George RR Martin assured that ‘The Winds of Winter’ would be released soon this year. Later, instead of directly giving the exact release date, he revealed that his first volume of ‘Fire and Blood’ would explore the history of Westeros and may be released in 2018 or 2019. He actually wants to publish his book in two volumes, as confirmed by Inquisitr. Since the new Westeros series is yet to be completed, the readers might have to wait for several months or even more than a year.

Will Jon Snow be resurrected in ‘The Winds of Winter’ book?

The resurrection of Jon Snow in George RR Martin’s upcoming novel is one of the most anticipated events that the readers want to know before its release. Jon is portrayed by ‘How to Train Your Dragon 2’s’ voice actor Kit Harrington in the “Game of Thrones” series. His character was brought back to life and he is presently the King in the North. Now fans really want to know if the same thing is going to happen. Even in a Reddit thread about Martin’s upcoming book, some dedicated fans are equally interested to know how the author handles Jon’s resurrection.

Apart from Jon’s resurrection, the readers are quite curious to know Samwell Tarly’s whereabouts. Sam (who is portrayed by John Bradley West in the ‘Game of Thrones’) traveled all the way to the Citadel. He was able to discover Dragonglass that used to annihilate the White Walkers. A large number of Dragonglass can be found on Dragonstone island. Fans are now speculating that Martin will investigate into Dragonstone’s history, as it is quite significant to the Targaryens. However, the author has not given any clarification on it.

George RR Martin debunked the rumor that his novel ‘The Winds of Winter’ was ready for publishing. The world-famous writer has declined an honorary degree from Texas A&M University for his upcoming novel. He also dreams to live for another thirty years to work on more novels. 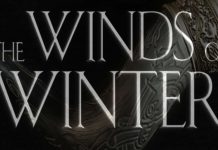 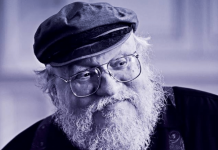 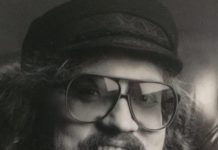