Microsoft has revealed yesterday that it is going to allow stable users of their latest version, Windows 10, to have access to their “beta” builds – software updates, drivers, and apps – that have not yet been released to the public, if they should so wish. Normally, testing pre-released versions of software is considered to be risky as they are not free of bugs, but with Microsoft’s new Release Preview plan, users who do not want a risk but would still like a sneak peek can have a go. 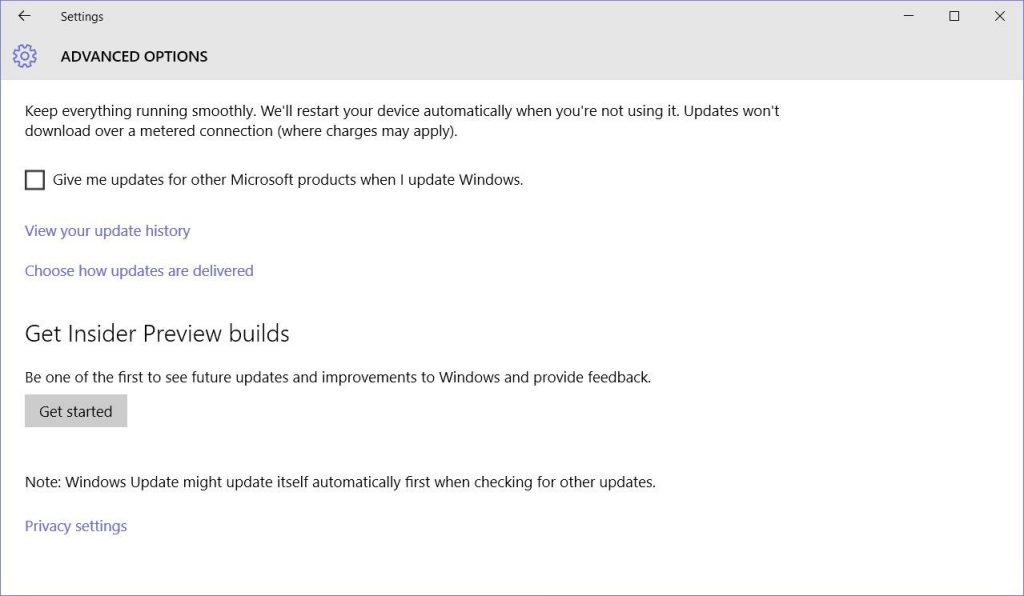 The Windows Insider Program, the feature that allows non-company-workers to have a look at pre-release versions of their software, now comes with three rings instead of two. The three rings are according to the degree of risk which, naturally, is related to the promptness with which you get the software delivered to you.

The fast ring is the ring with the maximum risk and the fastest delivery. Fast ring users will get the copies of pre-released software almost as soon as they are delivered to company workers. However, it’s naturally riddled with any amount of risk and the people who opt for this aren’t many in number.

There’s also a slow ring, which gets updates much later but experience much less risk – most people who rely on Windows 10 for their work go about this far and no further.

The new ring comes even after the slow ring – it was released yesterday (See picture) but we’re still not sure how often you’re going to get updates for this if you sign up, although it’s probably safe to assume they’ll be quite slow!