Hot on the heels of Universal Windows Platform, Microsoft is all set to bring the Skype UWP app soon to PCs and Smartphones on insiders program. In fact, private beta-testing is almost over and the app might release sooner than later. Below are the screenshots of the Skype app in action on PC.

As you can see there is a vast improvement in the design aspect over the current Messaging and Skype Windows 10, along with all the basic abilities like send emoji, get push notifications and call someone. Even the fonts and icons in the new app are different.

Obviously, not everything is polished and we can expect more refinements before launch but it’s good to see the steps taken in the right direction.

The smartphone variant of the app is a bit slow so it might take some time for insiders to test it out. Microsoft is expected to show the app at the build conference this week. Below are the screenshots of Skype UWP on mobile.

As of now, there is no word on the availability of the app from Microsoft, but we can definitely applaud the work company is doing on different projects simultaneously. We will let you know more about it once the app is available as a public release. 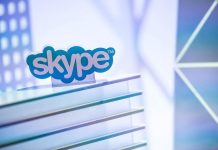