A common complaint among Windows users is that the operating system, while highly versatile and popular, is not as secure as you would want it to be. Because Windows is prone to virus attacks as distinct from Apple products which have hardware level encryption, Windows loses a considerable portion of its clientele very year. It looks like Microsoft is now interested in making its operating system more secure, since it has come up with the Microsoft Windows Defender Online. 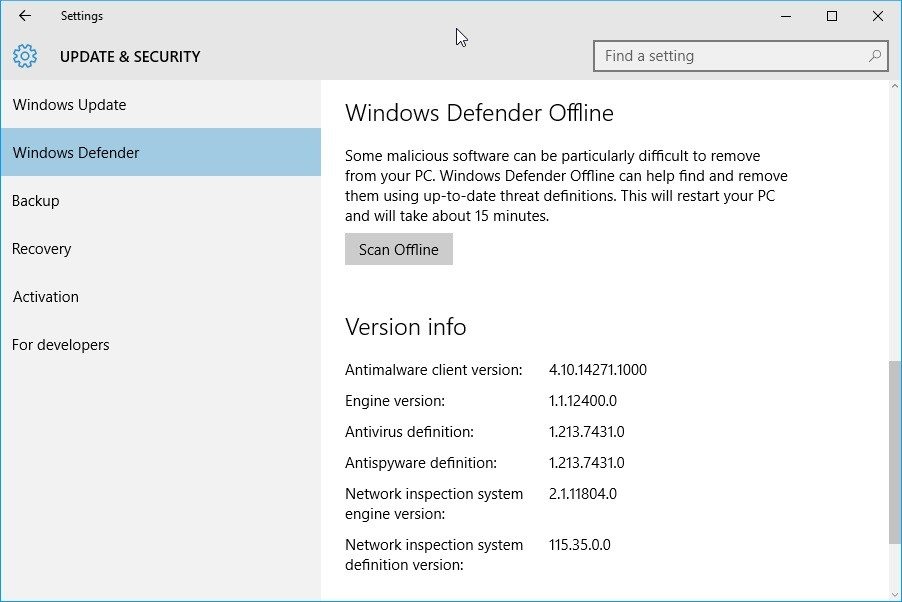 Windows Defender Online is not a new feature. While the latest Redstone Build 14271 does include the option for running a pre-login system scan, it has been available with the operating system from as early as rebuild 1511, but it could only be accessed using the command line argument MpWDOScan that can be made on Powershell. Because this command will only be used by power users of the OS, it was unlikely to affect the security of any punk with a PC. The recent addition has changed this.

To make things clearer, the Windows Defender Online takes into account the fact that malware that gets into the batch folder of the operating system is often not easy to remove once the system has started. Therefore, “scan offline” feature would re-start the PC once you select it, and before logging into Windows again, it will scan the system for viruses, making their removal easier.

Currently, this feature is only available for fast-ring Windows users, but it is set to make an appearance in the market this summer, when just about anyone will be able to use it.