Microsoft has released a new build for PC Insiders on the first ring. The new build stands at 14316 and brings a host of new improvements announced at the just concluded Build conference. 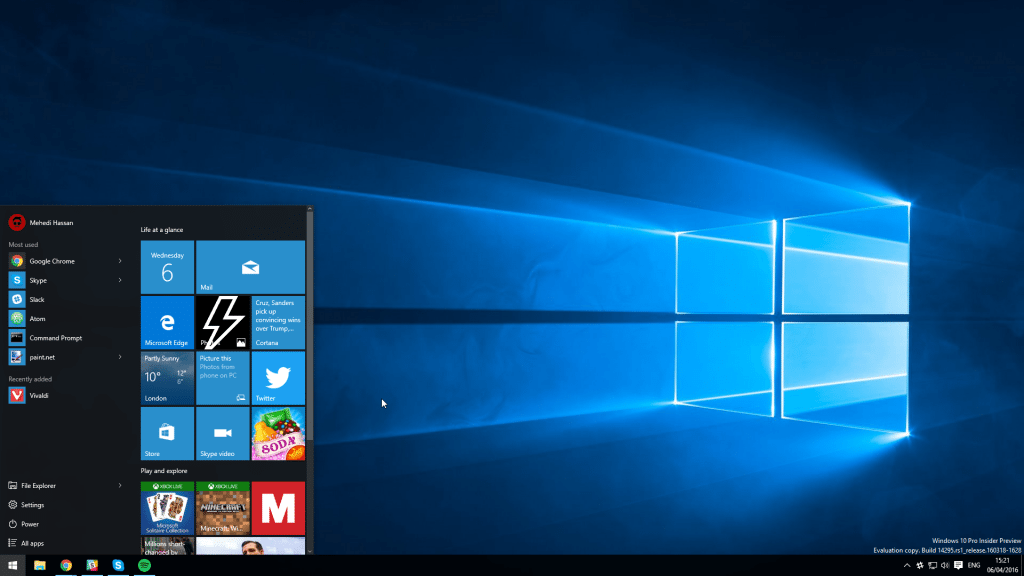 “With today’s build, we have even more new features for Insiders to try and we will continue to deliver new features such as Windows Ink in future builds. So give this build a try and let us know what you think.”

Currently, the build is only available for fast ring members on the Windows Insider program. The same shall seed to slow ring members after a positive feedback is received. Head to update section in settings to get the update manually.

As far as the official release is concerned, that shall happen sometime in summer with the Windows 10 Anniversary update a.k.a Redstone update. We are installing the latest build on our PCs and will report about the bug fixes and known issues soon. In case, you are already on the latest build, share your experience in the comments section below with users of Mobipicker.