It has been a long time and no official word on the release of Windows 10 Mobile has come from Microsoft. There were speculations that the current version, that was received some time back, might well be the final version of the build. A Twitter user posted a screenshot of the 10586.164 update which may be available as a cumulative update for Windows phones. It is very likely that the new update will hit phones by next week. 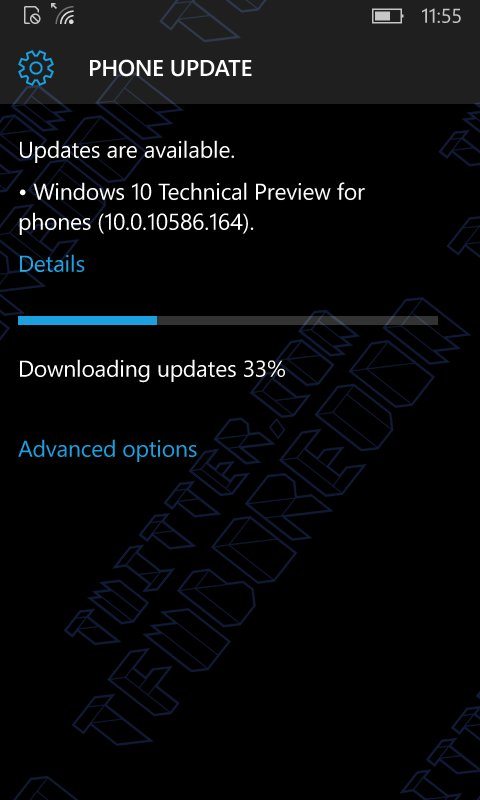 The new update is not part of the Redstone branch and those who’ve enrolled for the Insider program can download the update. The availability of the update has also been revealed and most probably the fast ring insiders will receive the update. The slow ring insiders may not receive the update initially and it will depend on the feedback that has been received from the fast ring insiders. The latest build of the Windows 10 Mobile platform has been receiving a lot of attention due to its awesome features. Keyboard placement has been altered, a universal Photos app has been incorporated and an auto-enhancement mode has been added for better pictures.

With all this attention it looks like Microsoft has something big in store for all the fans. But things are not looking very good as the update has been pushed a lot of times. February 29th was the last rumored date, but there was no sign of the update from Microsoft. Now it is alleged that the update for Windows 10 Mobile will start rolling out in March.

For those who are not aware, all the Lumia devices running WP 8.1 are expected to receive free Windows 10 Mobile upgrade. Rumors around the web suggest that the first upgrade will roll-out for the following Lumia smartphones –