Windows 10 Mobile is undoubtedly the talk of the town now and all eyes are hooked up on Microsoft to get an official announcement. Developers at Microsoft have been very hard at work to develop the Windows 10 Mobile over a year now. One of the most integral parts of this upcoming mobile OS will be Cortana. 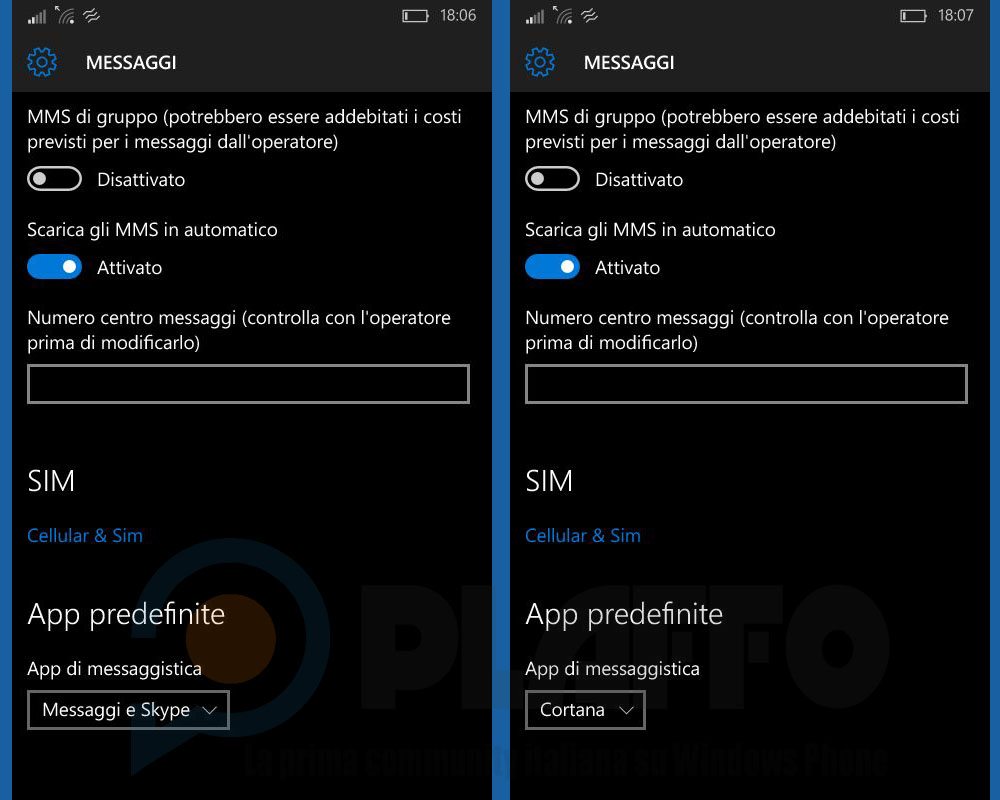 Plaffo has posted new screenshots which reveal that in the update, Cortana will be given full control over all messages on a Windows 10 Mobile phone. Users will soon be able to set up Cortana as their default messaging app.

Cortana already can access messages on a Windows 10 Mobile device and can even read and reply to them. But this time, around, Microsoft is looking for a deeper implementation of this personal assistant into the upcoming OS.

The source further revealed that these leaked screenshots are from an internal build of Windows 10 Mobile and this new feature could soon make its way to the insiders as well as future preview builds.

Microsoft is also working on adding features on Cortana which will enable it to better sync the Windows 10 Mobile phone devices to sync with PCs running on Windows 10.

Users will now be able to see the missed calls and other app notifications right on their Win 10 PCs. This will function in a similar fashion as Mac users get notifications from their synced iPhones. This function is, however, still in works according to the sources, but will soon make its way to a future build released to the insiders.

We’ve our fingers crossed for the Windows 10 Mobile release and can’t wait any longer to see the final build. We’ll keep you posted with all the recent developments, till then stay tuned for more news and info and do leave your comments below.