Microsoft has just announced the release of a Cumulative update (10586.71) for Windows 10 Mobile Insider Preview Build 10586, to Windows 10 Mobile Fast Ring members. The new update roll-out will start today. According to Microsoft, the new update brings several bug fixes and has an Insider Fast configuration update for an expiring certificate to ensure that you get all the future updates. The company said on its blog post –

We have been working on addressing Windows Insider feedback of the update experience and today many Insiders will get to try out these fixes. Windows Insiders that downloaded the Configuration Update that was published on Friday, or has a device that was automatically updated over the weekend, will experience improvements in the performance and reliability of receiving this Cumulative Update.  But don’t worry if you have not yet downloaded the Configuration Update to your device, it will be included in the download with this update. 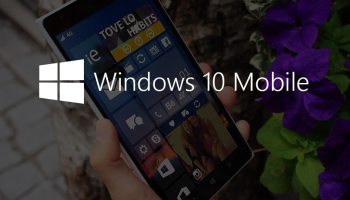 According to Redmond company, the Windows 10 Mobile Build 10586.71 brings ton of improvements and bug fixes as listed below:-