Microsoft has been busy today with the release of OS updates for both its PC and mobile platforms. Windows 10 Mobile Build 10586.218 is now available for all Insiders on the Release Preview Ring, phones officially updated to Windows 10 Mobile as well as all retail devices. 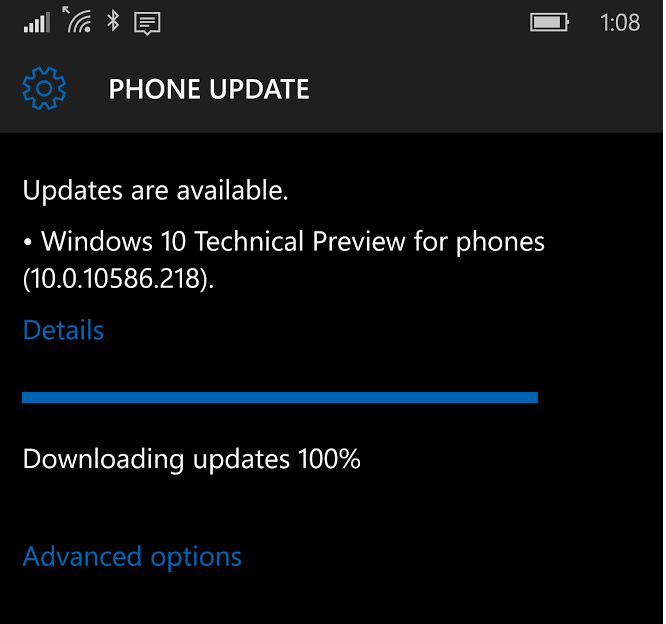 Improvements for Bluetooth connectivity, including the reliability of connecting to and staying connected with Bluetooth devices.

Fix for a problem that caused audio playback to get occasionally interrupted in Groove Music and other music apps when phone display was turned off.

Improvements for Microsoft Edge browser, including support for configuring a prompt before a file download occurs, support for background downloads, and a fix for a problem where opening a link from an another app wouldn’t load the web page.

Improvements for Store reliability, including a fix for a problem that prevented some apps from being updated and installed.

Fix for a problem that occasionally caused some apps to show blank tiles after upgrading from Windows Phone 8.1.

Improvements for PC connectivity via USB on some phones that were upgraded from Windows Phone 8.1.

It’s a pretty substantial update and we have tested the same on our phone for overall improvements to user experience. In case, you haven’t received the OTA update notification, head to Settings > Phone Update > Check for updates