Microsoft has started rolling out cumulative updates KB3156421 and KB3156387 as Windows 10 Build 10586.318 for users running the version 10240 released in July and version 1511 also known as November update. Since it’s a cumulative update, don’t expect any new features. However, the update improves on user experience, bug fixes and more. 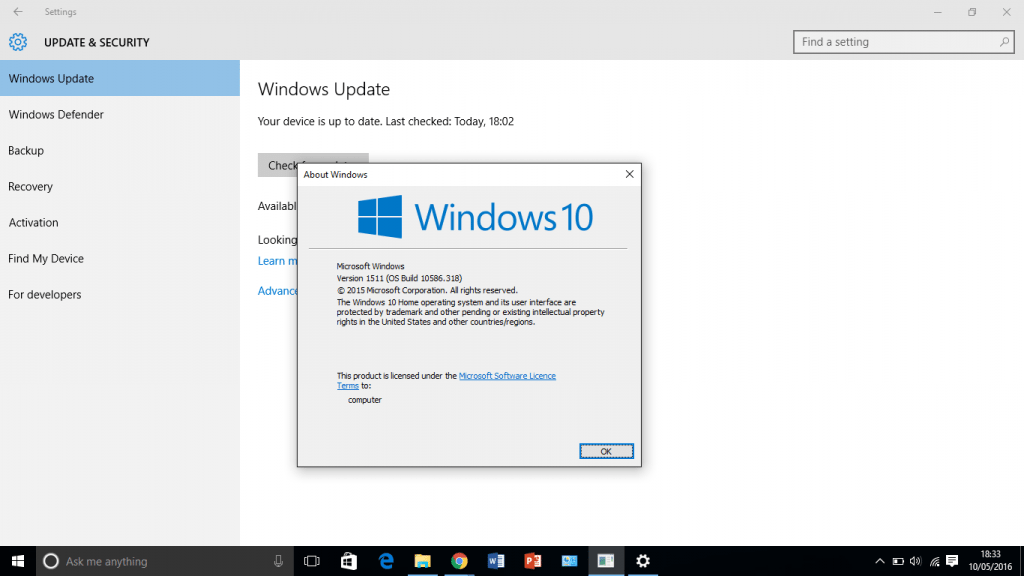 Next up, the KB3156387 update targets 10240 devices and brings plenty of fixes, including for the aforementioned memory leak experienced when working with PDF documents.

The updates are rendered via Windows Update and bring your computer fully up-to-date. Being a cumulative update, it includes all the previously released fixes, so getting this will update your system to the latest release.

Following is the changelog from Microsoft: