MobiPicker
News Windows 10 Build 10586.218 For PC Released By Microsoft In Cumulative Update
Share on Facebook
Tweet on Twitter
Deal Alert: 49% Off on ExpressVPN
Touted as #1 VPN in the world, ExpressVPN is now offering 49% off & an additional 3-months of service on its annual plans.

Microsoft is rolling out Windows 10 Build 10586.218 as a cumulative update for regular Windows 10 PC users today. It is part of the normal ‘Patch Tuesday’ routine and bumps the OS version from .165 to .218. 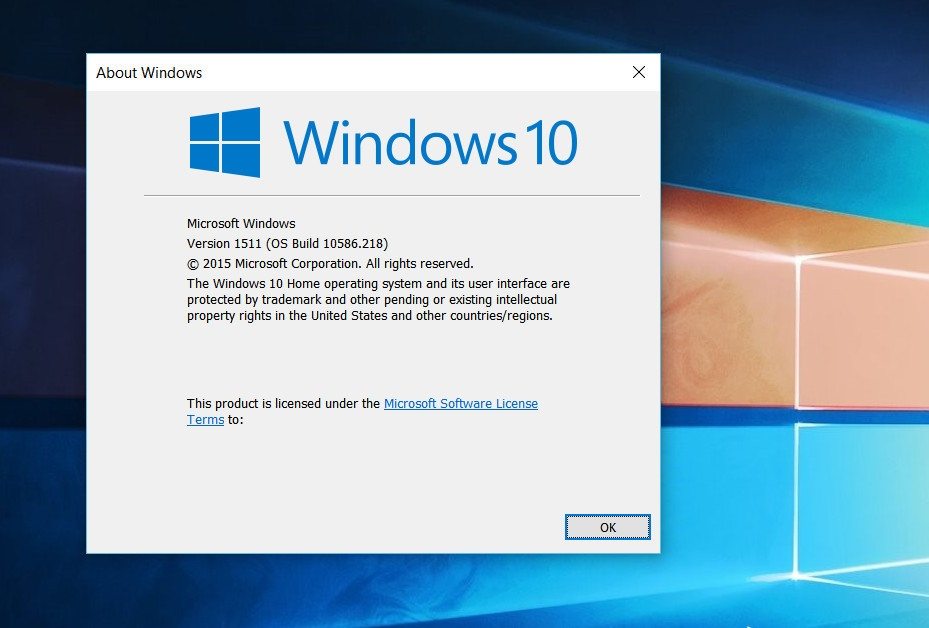 The new update brings several new improvements which can be seen in the full changelog posted by Microsoft for this update. Following is the reproduction of that below:

Fixed issue with the connectivity of USB devices until OS restart.

Improved discoverability of printers when a device resumes from sleep.

Fixed issues with the lock screen.

The update for Windows 10 Build 10586.218 for PC is live and can be accessed via Settings > Update & security > Windows update > Check for updates. PC Reboot is required for the changes to take place.