MobiPicker
Tech Internet Who Was William Morris? Google Doodle Pays Tribute on 182nd Birthday
Share on Facebook
Tweet on Twitter
Deal Alert: 49% Off on ExpressVPN
Touted as #1 VPN in the world, ExpressVPN is now offering 49% off & an additional 3-months of service on its annual plans.

Google Doodle is celebrating the 182nd birthday of British artist William Morris. The famous designer has contributed so much to British arts, aesthetics, and design that it is extremely to sump up his contribution in the field. Morris has left a rich legacy in various fields, thanks to his several interests.

William Morris started with graphic art, and his detailed drawings was the foundation for modern surface design. The complicate patterns designed by him flow seamlessly across fabric, walls, and pages. But that’s not it; Morris was a great craftsman and believed in quality production, may it be patterning or type designing for bookbinding or furniture. 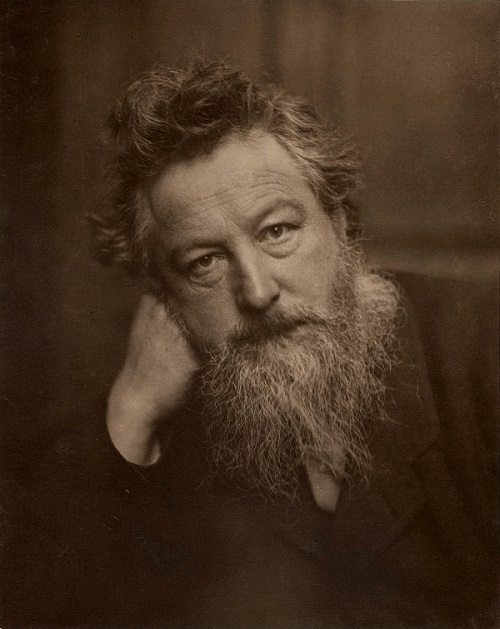 Morris was a relentlessly creative artist and also played with word patterns. The Oxford and Cambridge Magazine was created by him in 1856 and he published a lot of his early poems in the magazine. His lectures were based on architecture, art, and socialism, and he also held or founded titles in various artist groups like the Art Workers Guild and Hammersmith Socialist Society.

William Morris strongly believed that meaningful and useful work is the way to success for any society. He built a very powerful political case for the rights of workers by focusing on end-to-end production of goods by creative artisans and not machines. The British culture faced rapid industrialization with this advocacy.

The work that Morris has done in his whole life reflects in his prints and takes us through a lush journey via interrelated pursuits. Doodler Lydia Nichols has paid respect to William Morris by recreating five different Morris designs, each appearing randomly whenever the page is refreshed. You can go through the William Morris Gallery for more.