Pokémon is getting a whole new mythical Pokémon in the form of Magearna, the artificial Pokémon. We previously learned about Magearna through its Japanese name, Magiana, when it was revealed by CoroCoro magazine, but it’s now been made official by the The Pokémon Company. Here’s how it looks: 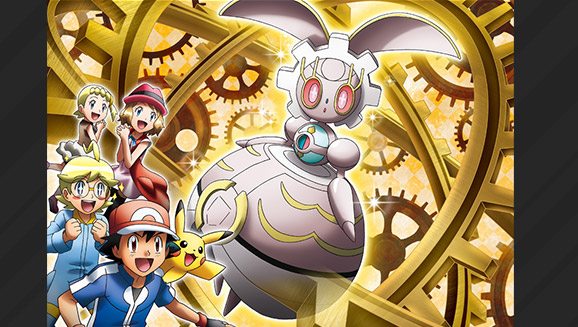 The official English localisation for Magiana (マギアナ) has been revealed to be Magearna, which suits the Pokémon’s machine-like, gear-headed nature. It seems to be a play of words on ‘magic’ and ‘gear’, if you ask me. Described as an artificial Pokémon, it was created 500 years ago by human beings, has a height of 3’03” and a weight of 177.5 pounds.

Magearna will prominently feature in the upcoming Pokémon movie, slated to release later this year, in which it (she?) is kidnapped by a corrupt minister in a city made of cogs and gears. Volcanion and Ash must then join forces to thwart the minister’s plans and save the artificial Pokémon.

Of course, from a video game standpoint, the interesting news here is that if there is a Pokémon Z happening (and going by Game Freak’s past record, there’s a good chance that it is), then Magearna would definitely be a part of it, along with Volcanion, who was revealed last month. There’s also a good chance the Pokémon may show up in Pokémon Go, the mobile game based on the Pokémon franchise.

What type will Magearna be? Would you throw a Pokéball at it?