MobiPicker
News Why Xiaomi Redmi Note 2 is the Best Budget Smartphone Under $200
Share on Facebook
Tweet on Twitter
Deal Alert: 49% Off on ExpressVPN
Touted as #1 VPN in the world, ExpressVPN is now offering 49% off & an additional 3-months of service on its annual plans.

Xiaomi is known to churn out high-end flagship smartphones at low-end prices, which is the reason why the company is doing exceptionally well in the market. Almost all of its smartphones have been selling like hot cakes, but the Xiaomi Redmi Note 2 is the most talked about because it is an affordable killer! 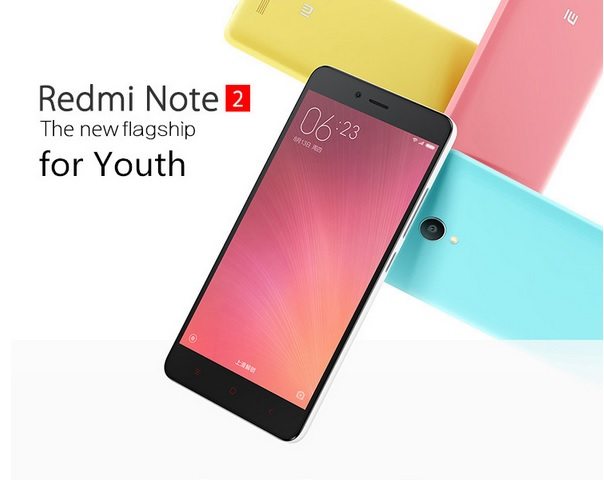 The Redmi Note 2 gives strong competition to many flagships like the OnePlus 2 and even Xiaomi’s own Mi 4i. And at a price tag of $125 (in China) and $160 (globally), its affordability is its USP.

Let’s see what makes this smartphone so awesome.

The Redmi note 2 has a 5.5-inch full HD 1080 x 1920 display, translating to a pixel density of 401 ppi. The display is a multi-touch unit with 16M colors. These figures may look basic on paper, but the screen looks very lively in reality.

Xiaomi Redmi Note 2 has two octa-core Cortex-A53 CPUs clocked at 2.0GHz and 2.2GHz under its hood, covered in a MediaTek MT6795 SoC. The 2GB of RAM couples very well with the processor to provide blazing fast performance and smooth multi-tasking.

The Redmi Note 2 comes in two variants, with the 16GB edition getting a 2GHz CPU and the 32GB version running a 2.2 GHz processor. However, it is only the Chinese variant of the smartphone that has expandable storage. Although we really wish Xiaomi had provided more storage, we really cannot be greedy with this price tag!

The camera in the Redmi Note 2 is everything most people would ask for. There is a 13MP rear camera with a single LED-flash which can record 1080p videos at 30fps. Meanwhile, the 5MP front camera provides excellent selfies.

Let’s accept it: we have got into the habit of charging our smartphones at least once everyday. However, the Redmi Note 2 with its 3,060 mAh Lithium-Polymer battery will offer you a talktime of up to 11 hours and 30 minutes on 3G, which is not a bad number at all. You can play your games and watch your videos without worrying about exhausting the battery.

The Redmi Note 2 runs on the Android 5.0 Lollipop out of the box, but what makes it so likable and user-friendly is the latest MIUI 7 UI on top. It also offers HSPA, LTE, Wi-Fi 2.0, Bluetooth 4.1, and microUSB.

The Xiaomi Redmi Note 2 is currently available in China only. However, you do not need to get upset; it can be bought internationally through a third-party retail website called Everbuying, which asks for a decent $160 for the phone.

This means that at $160, which is still way less than $200, the Redmi Note 2 will provide you with many ideal features. And for that price, it is definitely an amazing choice!