WhatsApp is one of the most popular messaging application across various platforms and the service went end-to-end encrypted few days back. Now, a new update has started hitting Windows Phone and Windows 10 Mobile devices which take it to version 2.16.10. 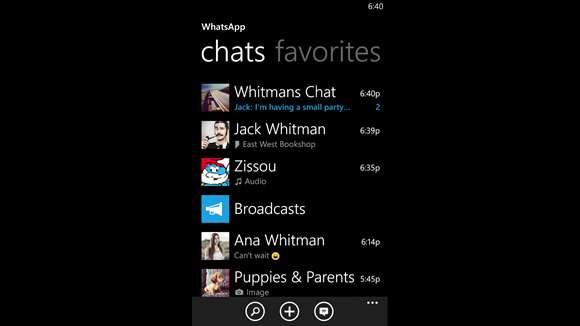 As far as the changes are concerned, there is nothing new in this update so one can assume the possible bug fixes and performance updates to improve the overall experience.

Some users are reporting fixing of font-size issues on various Windows 10 Mobile devices that include Lumia 950, 950 XL and 1520.

In case you notice any other changes, please share them with the users in the comments section below.

WhatsApp is available on multiple platforms that include Android, iOS, Windows 10 Mobile, Windows Phone 8.1, Symbian and Blackberry. The end-to-end encryption change has been made available on all platforms simultaneously.

In other news, Microsoft also released new Outlook, OneDrive and OneNote updates. While there’s nothing new in this update, Outlook picked up the ability to create and manipulate folders and sub-folders earlier this week, an invaluable ability for those who handle a lot of emails. The updates are rolling out in phases so it might take some time before you get them.

The updates are rolling out in phases so it might take some time before you get them.