We have seen a lot of changes being made to WhatsApp recently, with a lot of significant updates bringing new features to the app. The camera UI has undergone a serious overall, document sharing is now available, sharing from other cloud apps is also supported, and there’s more. Also, the version number of WhatsApp APK has made a sudden jump from 2.12 to 2.16 series, which indicates that this might be the start of something fresh.

A new WhatsApp APK update has been released today, and this one comes with version number 2.16.7 (build 451069). The new update, just like the previous one, is compatible with all Android tablets and smartphones. The WhatsApp 2.16.7 APK download file is 27.6 MB large in size. However, this update does not come with any changes or new features and just adds to the overall stability, speed, and performance of the app.

The large jump in the version number of WhatsApp for Android suggests that some major changes might be coming soon and we might see some new features in the app. We have already been hearing rumors about the WhatsApp video call feature coming soon in a month or two, and these new updates might be a preparation for that. In any case, we’ll keep you updated, so stay tuned. 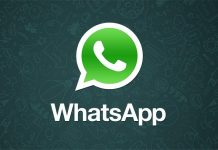 WhatsApp Download v2.16.60 Available for All Android Smartphones and Tablets