WhatsApp for Android, today, received a new update which takes it version number 2.16.174 from 2.16.170. The latest WhatsApp APK update does not bring any new changes or features to the application and still comes with the same changelog as the previous 10 beta updates.

Considering this as a beta update, users who are enrolled in the beta development program will only be able to receive the update via Google Play Store. Other users can still download WhatsApp APK latest version from mirror hosting sites such as apkmirror.com or APKPolice.com. The beta updates releasing from version number 2.16.161 are only meant for devices running Android 2.3.4 and above, which means that the company has removed support for Android 2.1 devices.

As said earlier, the new WhatsApp update on Android does not come with any new features and the changelog for WhatsApp 2.16.174 update is as follows: 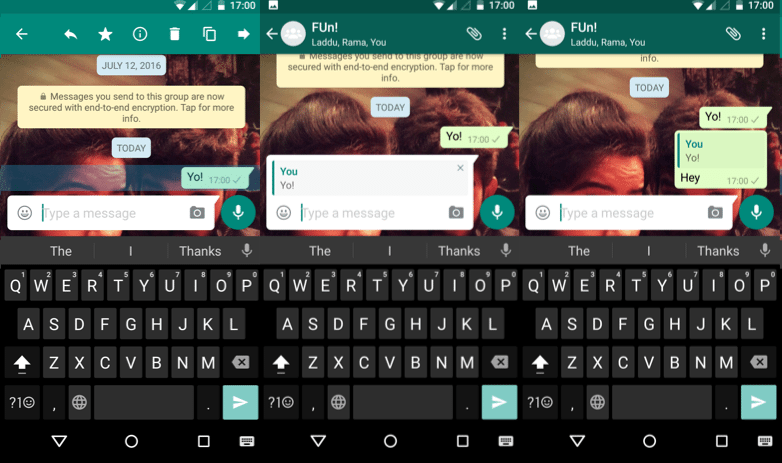 The Facebook-owned company is adding new features regularly and the latest feature added is the ability to reply to a specific message, which we have already seen in community app Slack. Do make a note that this is a beta update and may include some bugs.