MobiPicker
News Mobiles WhatsApp Launches A Desktop Client Along With An Update For Windows Phone
Share on Facebook
Tweet on Twitter
Deal Alert: 49% Off on ExpressVPN
Touted as #1 VPN in the world, ExpressVPN is now offering 49% off & an additional 3-months of service on its annual plans.

Keeping up with the previous rumors, WhatsApp has introduced a new desktop client for its popular mobile messaging app. The new application provides action center notifications on Windows 10, as well as native integration for sending files and utilizing the camera. 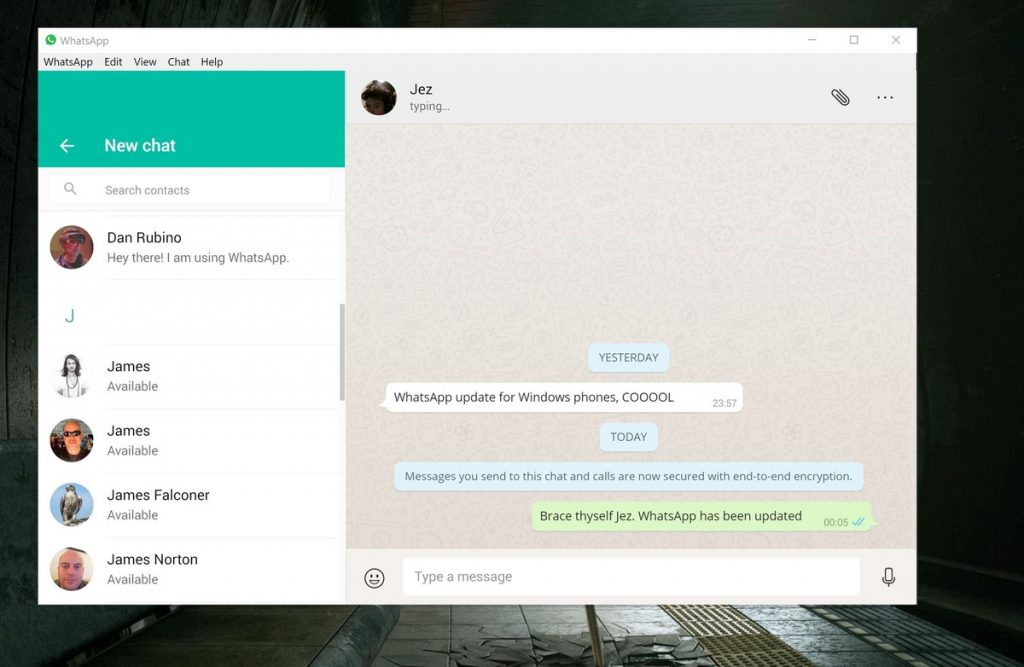 Just like the Web variant, you will need to authenticate the application with a mobile phone by scanning the QR code.

In addition to this, the company also released an update for its apps on Windows Phone 8.1 and Windows 10 Mobile. There are a few tweaks to the user interface with this update to get more in line with Windows 10 Mobile’s new design language. For example, the text box has been updated to mimic the text box in the default SMS app. Conversations will also display a photograph for your contact next to their name in the top left corner.

Along with that, you can now share documents like PDF, Excel Files, and more via WhatsApp’s new integrated file picker. New plain color backgrounds too are added to the gallery.

Following is a screenshot highlighting the changes for WhatsApp on Windows phone and Windows 10 Mobile: 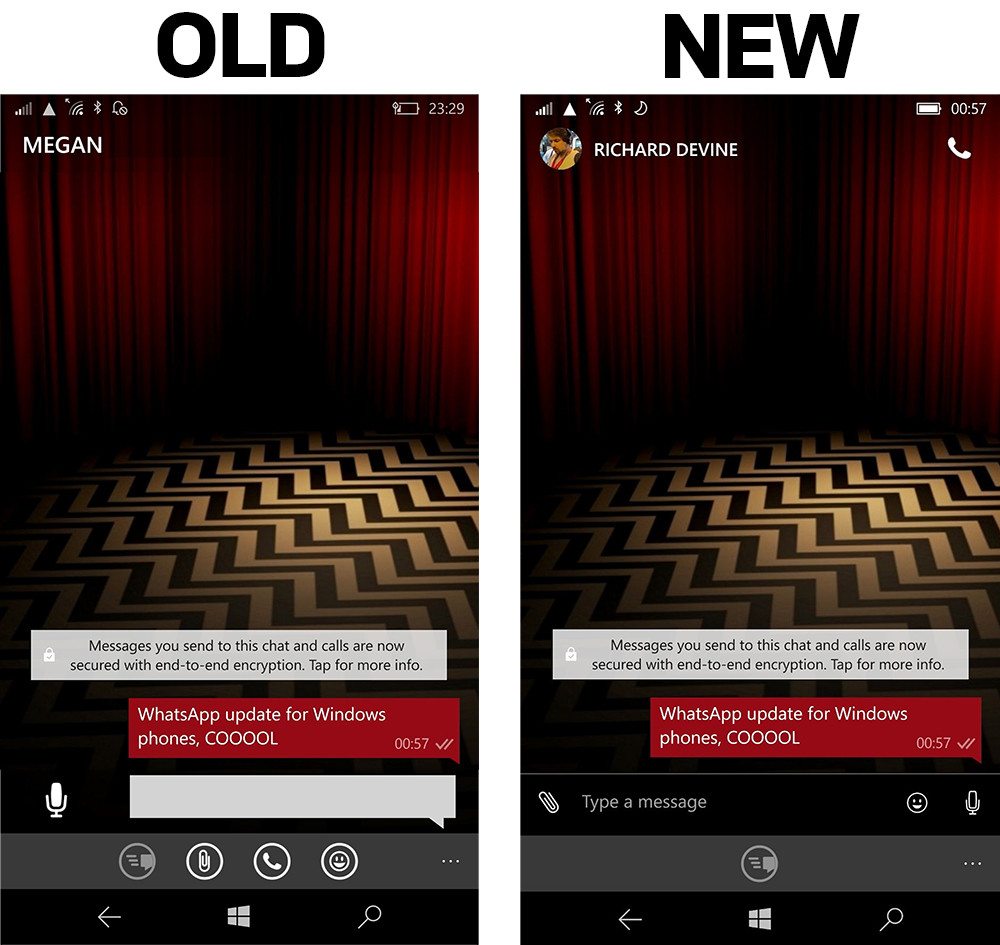