MobiPicker
Android Applications How to Get WhatsApp for Nokia Asha and Symbian Phones
Share on Facebook
Tweet on Twitter
Deal Alert: 49% Off on ExpressVPN
Touted as #1 VPN in the world, ExpressVPN is now offering 49% off & an additional 3-months of service on its annual plans.

WhatsApp is perhaps the most used app of all times and across all platforms. It is available for Android, iOS, BlackBerry, Windows, and even S40 and Symbian operating systems. Talking about Nokia devices, WhatsApp for Symbian, S40, and Nokia Asha devices has been updated and is now available to download.

For Symbian devices, WhatsApp has been updated to version number 2.16.38 and is can be downloaded from https://www.whatsapp.com/nokia/. The latest WhatsApp 2.16.38.sis installation file for Symbian S60 phones comes with regular bug fixes and improvements for performance and stability, though you won’t notice any new features. Just download WhatsApp 2.16.38 SIS file and open it on your Symbian phone to install it.

If you are using a Nokia Asha device or a Nokia S40 phone, you also have got a new WhatsApp update. As like the Symbian version, WhatsApp for Nokia S40 and Nokia Asha phones does not come with any new features, but it is important to keep the app updated to the latest version as WhatsApp will end support for S40, Asha, and Symbian devices by the end of this year.

To download the latest version of WhatsApp for Nokia S40 and Nokia Asha, go to https://www.whatsapp.com/s40/. If you find any new features in it, let us know in the comments below. 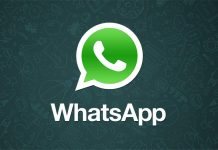 WhatsApp 2.12.382 Download For Nokia Devices Released With Improvements and Fixes 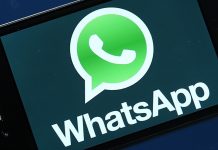