Zimbabwe’s leading mobile network companies had requested the government to regulate the usage of services like WhatsApp. The telecom companies say that such services are eating into their profits, as most of the revenue for the companies comes from messaging and calling. But WhatsApp, Viber, Skype, etc. bring free messaging services to smartphone users, which results in the messaging revenues of telecom companies going down.

As a result, the leading telecom companies in Zimbabwe had asked the Government last year asking to ban or stifle such services. Supa Mandiwanzira, Information Communication Technology, Postal and Courier Services Minister, said:

Sometime last year, the telecommunication players approached the ministry concerned about the loss of revenue that networks were experiencing as a result of over the top services such as Skype, Whats App Calling, Viber and the like, they wanted Government to look at the possibility of either banning or stifling these operations to ensure that they would continue to be profitable.

We did mention that as a progressive Government, which promotes access to technology, we were averse to the idea of stifling these technologies or banning them.

However, the Government refused the request, as such apps promote developmental opportunities for young Zimbabweans who can develop apps for global and local use, and some of those apps might even rival the leading ones. For this purpose, an innovation fund has been set up by the Government and will be funded by leading mobile network operators.

We agreed with industry that one percent of the revenue of telecom companies which they generate out the use of telecommunications services will now go into this specific fund for the promotion of the development of platforms, applications by Zimbabweans.

It is being expected that the fund will have $25 million in contributions in the next two years. 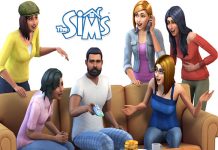