The new beta version 2.17.123 of WhatsApp includes a new handy feature. It allows users to send multiple contacts at one time.

The regular version of WhatsApp allows users to send only one contact details to a recipient. For instance, if a student wants to share contact numbers or email addresses of several students to his teacher, he can send only one contact at a time. It means sending several contacts is a tedious process as it requires users to send each contact number individually to the receiver. However, the newest beta update suggests that sending multiple contacts at one go may be soon coming to the regular version of WhatsApp.

Even though it appears as a minor update, it is surely an important feature that makes the whole process of sharing multiple contacts easier and saves time. As it can be seen in the images below, selecting multiple contacts for sending is as easy as choosing several photos for sharing or selecting people for creating a group. Users are simply required to press longer on a contact on the ‘Contacts to send’ screen and it will let users to select multiple contacts. 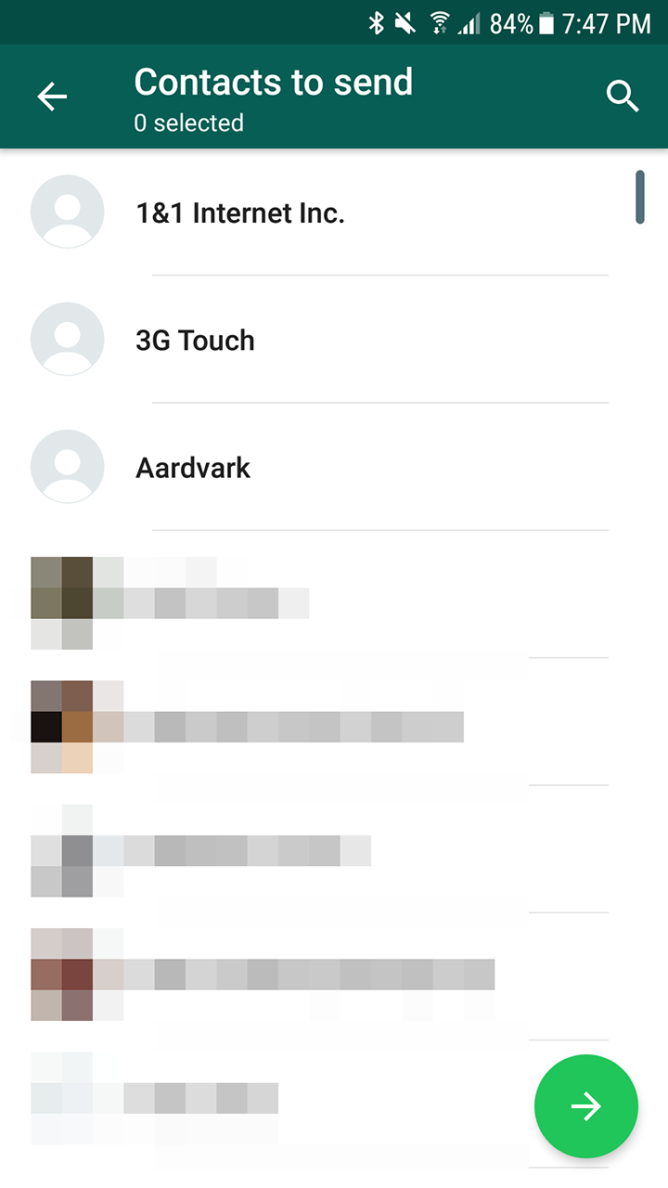 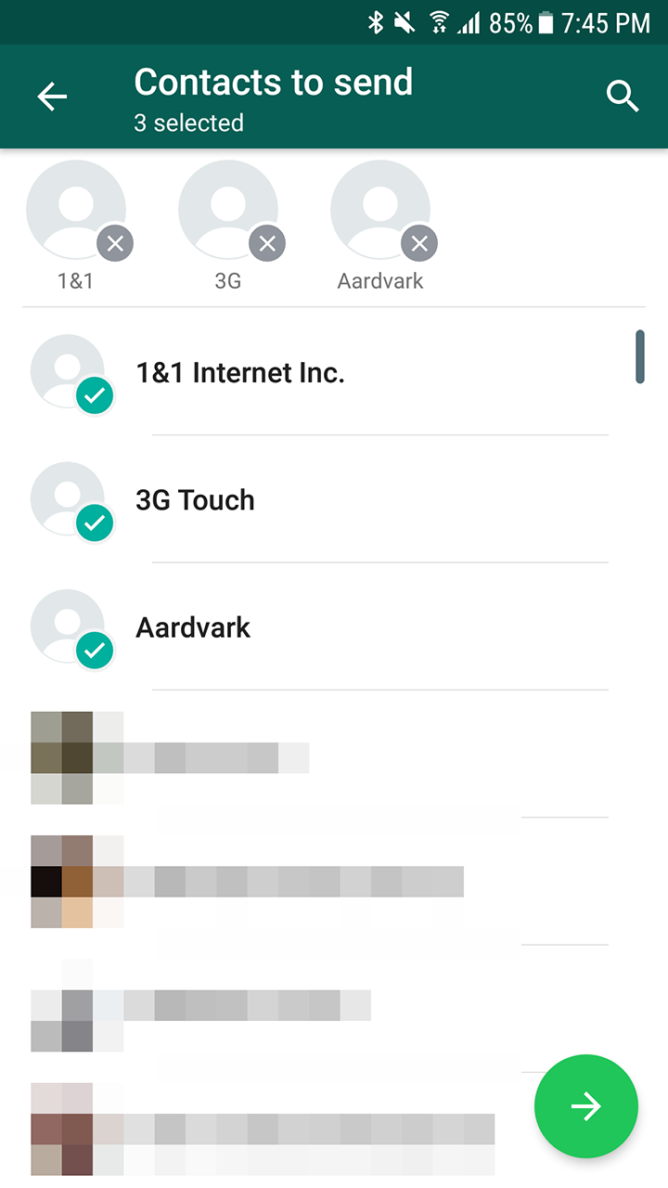 Even though the features is available on WhatsApp beta 2.17.123, there is a possibility that it may have arrived earlier on 2.17.122 beta version. Hence, there is a possibility of seeing this feature soon on the regular version of the app. Users who wish to try the new feature now can either enroll in the official Play Store beta or by downloading the WhatsApp 2.17.123 APK from APK Mirror. The beta version of WhatsApp can contain bugs,