MobiPicker
News What’s New in Windows 10 Mobile Build 10536?
Share on Facebook
Tweet on Twitter
Deal Alert: 49% Off on ExpressVPN
Touted as #1 VPN in the world, ExpressVPN is now offering 49% off & an additional 3-months of service on its annual plans.

For those who expected new features and fixed bugs from the Windows 10 Mobile build 10536, there is good news. Microsoft made a big improvement regarding photo management in Windows 10 Mobile, and included a new one-handed universal mode. However, the upgrade process is more complicated than usual and Lumia 1020 owners may want to skip it totally.

The newest build from Windows 10 mobile was put on hold and will be unveiled in a few days because of some last-minute bugs that prevent from upgrading to a new build; only those using Windows 8.1 could upgrade directly to the latest build, while if users on the 10512 build tried to update to it, 3 other builds (Windows 10514, 10536 and 10536.1004) would be downloaded with it. 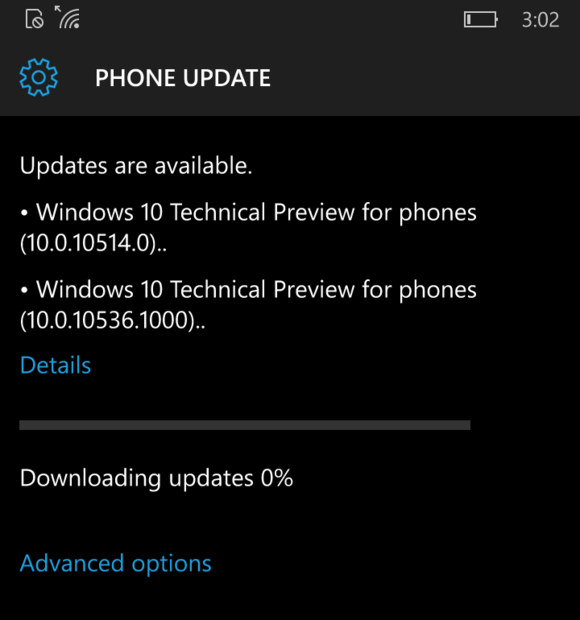 Microsoft made a statement about these bugs, saying, “The easy solution is to wait until the app will be available in the store. If you don’t want to wait use the Windows Recovery Tool to return to Windows 8.1 in order to get the app back.”

As mentioned above, the Windows 10 mobile build 10536 comes with two new important features. Regarding photos, the latest version of Windows Mobile will have an updated Photo app with a different folder view. Moreover, photos stored on One Drive and those on the device will be separated. The upgraded photo app also provides better zooming and pan.

The other feature, the one-handed mode, is also quite convenient. If you hold the start button for a few seconds, your screen will slide down to the size of your thumb. This feature was previously only available for large phones like the Nokia Lumia 1520. However, it will now be available for every phone released by the company.

Since Microsoft is getting ready to unveil the latest version of Windows Mobile, we are sure they have some new flagships to launch too. Let us wait and watch what they have in store for us!