The meteorologists in Columbus, MS are having a tough time, as a weather radar is down and may not be up until Friday. This makes it a critical issue, as the radar is meant to provide data for the possible severe weather on Thursday. 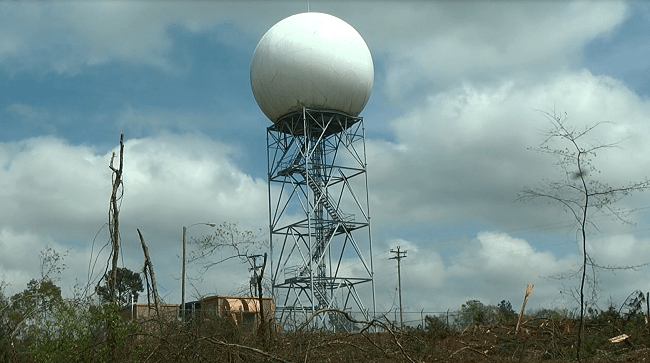 According to the National Weather Service, the Columbus, MS Air Force Base radar is out of service currently and the parts are yet to arrive. J-P Dice, WBRC Chief Meteorologist, said on Wednesday afternoon:

The Columbus Air Force Base NEXRAD is one of our more critical radars. We use it to scan for storms moving into our western counties. Because of the curvature of the Earth, the radar beam is higher off the ground the farther from the radar site. This means the Shelby County radar is of little use that far away.

The NWS is not certain whether or not the new parts will arrive in time before Thursday’s severe weather threat. It is being estimated that the weather radar might up earliest by early-to-mid afternoon on 24th March, that’s Thursday.

NWS’s J-P Dice has told that they will have to rely on Shelby County NEXRAD if the radar isn’t repaired before the severe storms. He said:

This means we will not be able to see what is developing in the lowest levels of the atmosphere where tornadoes actually develop. We will be looking up thousands of feet into the air and likely over some low-level circulations. For example, the Shelby County NEXRAD would be looking at a storm at an elevation of about 6,500 ft near the Alabama/Mississippi border and possibly missing a tornado. Let’s hope it get fixed.

Thursday might see tornadoes, damaging winds, rain, and thunderstorms. Thankfully, the meteorologists in Greenwood Springs will get data from adjacent radars for assessing the severity of the storm. This will help them send out issue warnings for the potentially dangerous storms.

Hope for the best for Columbus!