The famous and controversial developer-publisher Ubisoft just announced silently, in a fiscal year report, that Watch Dogs 2 is coming before April 2017. The 2017 fiscal year, which runs from April 1, 2016 to March 31, 2017 is the only thing that implies the game being released before April 2017; no public announcement has been made so far.

Alongside Watch Dogs 2, several other titles will be published in the aforementioned period: For Honor, South Park: The Fractured but Whole, Tom Clancy’s Ghost Recon: WildLands and a yet unannounced, new AAA-brand game. But Watch Dogs 2 is the one that stands out from these titles, as the first game was heralded by a very strong and aggressive marketing, even becoming controversial after release, due to “false promises” and “false advertising”, mainly in regards to graphics being dumbed down. The game itself received mixed receptions, as players believed they would be getting something very special, thanks in no small part to the overblown marketing. 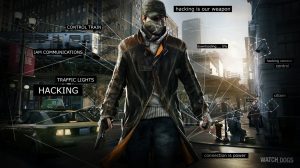 But both players and press members are quite optimistic about the upcoming sequel, even though we know no other details other than the fact it is coming. Why is this? Because Ubisoft have mastered the art of developing better games in their series as they progress. Both the Assassin’s Creed and the Far Cry series are great examples on how Ubisoft managed to improve upon its sequels: the first game (in the case of Far Cry, the second was the first one developed by Ubisoft) set the basics for an open-world formula and the basic plot. Then the sequels improved upon this and added more interesting and varied gameplay elements, more characters and generally improved everything. Just look at Assassin’s Creed I and II to see the differences between the two games; this is what everyone expects from Watch Dogs 2, as the first one set the basic premise and gameplay for a free-roaming hacking game.