MobiPicker
News WALTON Primo HM Mini with 4.5 inch display launched in Bangladesh
Share on Facebook
Tweet on Twitter
Deal Alert: 49% Off on ExpressVPN
Touted as #1 VPN in the world, ExpressVPN is now offering 49% off & an additional 3-months of service on its annual plans.

WALTON has introduced a new budget smartphone Primo HM Mini in Bangladesh. The new phone is listed on the company’s official website and is priced at BDT 8,690 (approximately $112 or INR 7,000).

The WALTON Primo HM Mini sports a 4.5 inch FWVGA IPS screen, and is powered by a 1.3GHz quad-core processor, paired with 1GB of RAM. It packs 8GB of internal storage which is expandable up to 32GB, and a 4,000 mAh battery. It supports dual SIM with dual stand-by and runs Android 5.0 Lollipop. 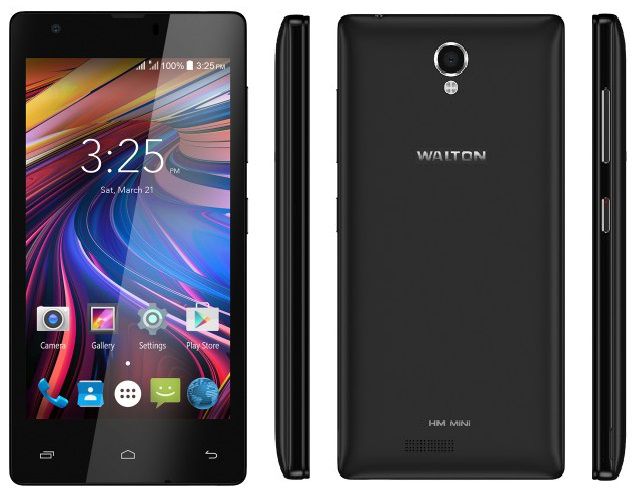 In terms of camera, it features an 8 megapixels rear camera with flash, and a 2 megapixels front shooter. For the connectivity options, the WALTON Primo HM Mini comes with Bluetooth 4.0, GPS with A-GPS, Wi-Fi, and OTG.