MobiPicker
News Walton Primo EF3 with 5 inch Display launches in Bangladesh at Tk...
Share on Facebook
Tweet on Twitter
Deal Alert: 49% Off on ExpressVPN
Touted as #1 VPN in the world, ExpressVPN is now offering 49% off & an additional 3-months of service on its annual plans.

Walton has introduced a new budget friendly smartphone in Bangladesh, dubbed Walton Primo EF3. The smartphone is available in white and black colour choices at the price of Tk 6,390. 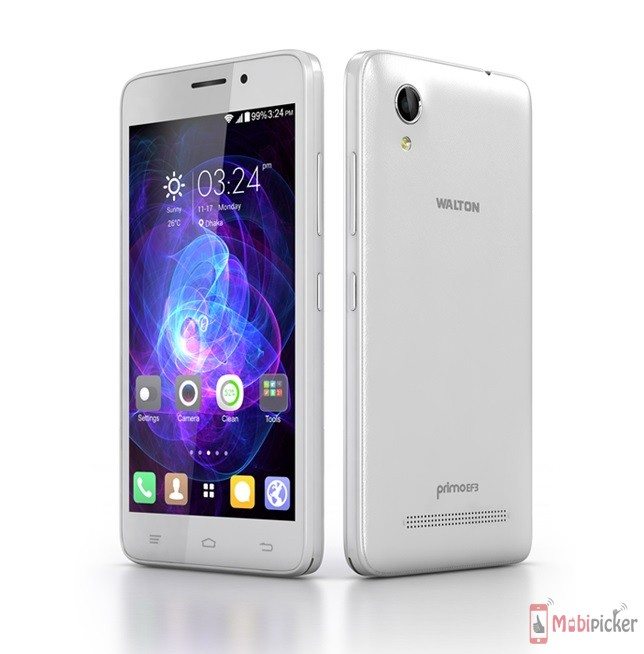 Running Android 4.4.2 KitKat, the Walton Primo EF3 is equipped with a 5.0 inch Capacitive touchscreen with a resolution of 480 x 854 pixels. It packs 1GB of RAM, 8GB of native storage (expandable up to 32GB), and a 2,000mAh battery which provides a 11 hours of talk-time and 256 hours of standby life. The handset is powered by a  1.2GHz quad-core processor, paired with Mali-400 graphics processing unit.