Fans of The Walking Dead have been eagerly waiting for the second half of the seventh season to arrive since December 2016, and their wait is finally over as the first episode of the second half has arrived. The 9th episode of the seventh season was released yesterday, and fans absolutely love it. However, in this article, we aren’t going to do a recap of it. Instead of it, we are going to focus on a character who goes by the name Benjamin.

The Walking Dead season 7 is currently said to focus on how Rick and his group will take revenge from Negan. In the first half of The Walking Dead season 7, a lot of characters died. This indicates that new characters will be introduced in the second half, and some characters who are already in the show but have a minor role to play will get focused. Currently, Benjamin from the Kingdom, who was first seen when Carol entered the community, is said to play a much bigger role in the second half as compared to the first half.

Those who have been watching The Walking Dead season 7 from the start know that Benjamin was there when Morgan and Carol entered the Kingdom for the first time. However, fans didn’t pay much attention to him as they were busy looking at Ezekiel and his pet tiger. Later on, Morgan, along with the rest of his group, went out on a run, where Ben was told to kill a walker just like he practiced. However, the latter was having a really hard time against the walkers and he was saved twice by his group. Ezekiel then asked Morgan to train Ben how to kill walkers using a stick as he isn’t doing so well with other weapons. Morgan then gets to know Ben, and it seems that he is going to become his mentor in the second half. So fans will get to know who Ben really is in the upcoming episodes of season 7. 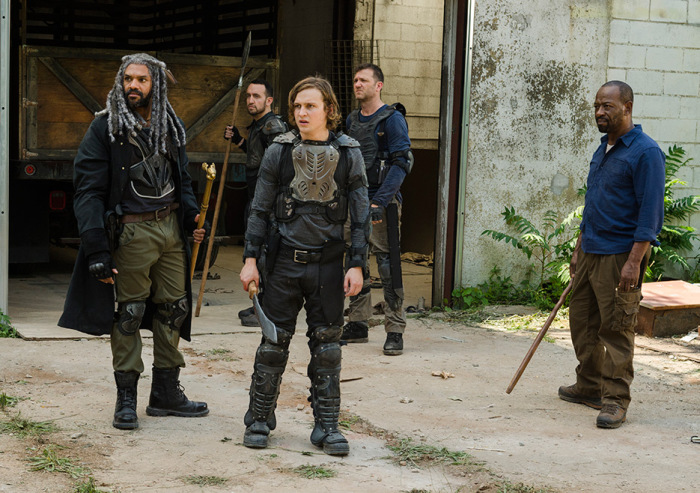 If we take a look at the comics, then Benjamin did appear in them. However, his role was different and less exciting as compared to what it is in the series. In the comics, Ben is assigned to keep the route to Hilltop Colony clear of walkers. One day, while keeping it clear, Ben lost his focus, which almost got him killed. Rick then screamed at him for doing the job poorly as he almost lost his life. Afterwards, Rick is informed that Ben has now been placed on a probation for what he did, and that is all what he does in the comics. However, he is still alive, which means he might get mentioned again.

The next episode of The Walking Dead season 7, episode 10 is currently scheduled to release on February 19, 2017. The first half of The Walking Dead season 7 was really depressing as Rick was seen helpless against Negan and his group. However, the second half is said to be filled with action as Rick and his group is going to make Negan pay for all the suffering he caused.

Let us know if you’re excited about The Walking Dead season 7 episode 10 or not in the comments below.