MobiPicker
Android Applications Voice Access 1.0 by Google Now Available for Android Devices
Share on Facebook
Tweet on Twitter
Deal Alert: 49% Off on ExpressVPN
Touted as #1 VPN in the world, ExpressVPN is now offering 49% off & an additional 3-months of service on its annual plans.

Google has launched its new Voice Access app, which is basically an accessibility service for helping people use their Android devices just by their voice. The app is meant for people who are unable to interact with their devices using the touchscreen due to tremor, injury, or paralysis, or if you are just fancy of using voice control. You can do basic navigation like “go home” or “go back”, or you can even dictate and edit text like “type hi” or “delete hello”. 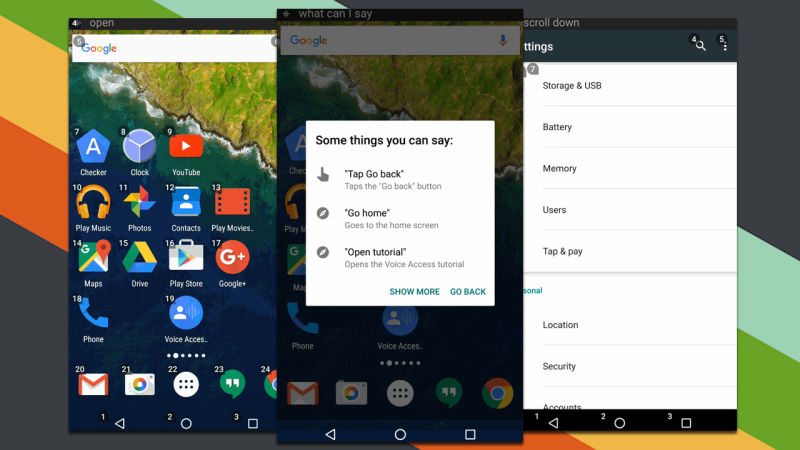 If you are new to Voice Access, all you need to do is enable “Ok Google” from any screen. Then say “Ok Google” and say “Start Voice Access” to enable Voice Access and make it listen for your commands. Of course, this app is still in its beta phase, but it is a great way to begin talking to your device. This is the start of a future where we will be able to talk to our devices in order to make them do things, and we really appreciate Google to come ahead and give us a piece of that experience by letting us download Voice Access app.

If you really fancy controlling your device by speaking to it, then you must try Voice Access. The app is just 5.3 MB in size and works with all devices running on Android 5.0 or later. Do remember that this is an early beta release and might be buggy. You can download Voice Access APK file from the source link below.