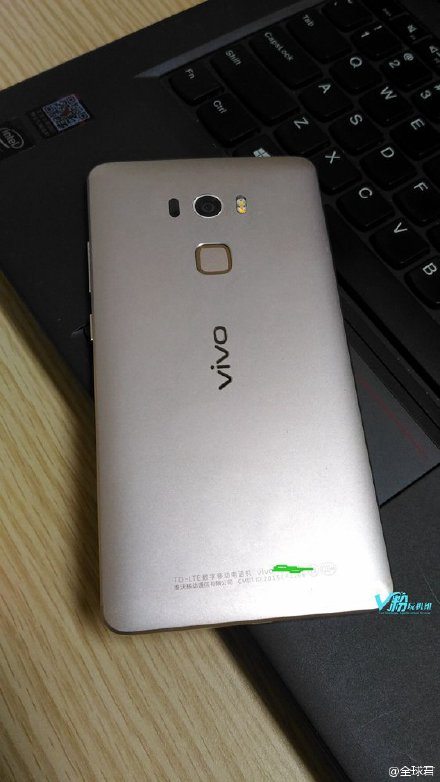 Looking at the new pictures, there’s no doubt in the fact that the Vivo XPlay 5S will be the company’s best flagship till date. The phone looks very premium in the smooth, all-metal body. The rear of the phone houses the camera lens at the upper-centre of the body, with a dual-LED flash at its left and a laser auto-focus unit at its right. Just below the camera assembly sits a square-shaped fingerprint scanner with a metal border surrounding it. Beneath the fingerprint scanner, right at the middle of the rear panel, the company has placed the Vivo branding horizontally. There’s some Chinese+English text engraved at the bottom of the phone’s back, and we can only make out the “TD-LTE” part of it. The volume button sits at the right side of the phone, with the Power/Lock button right below it. 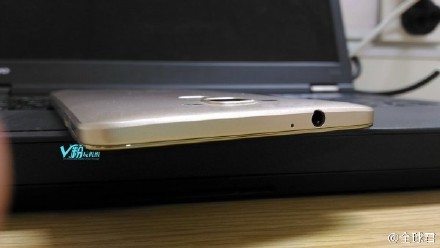 In the second photo, we can easily make out the secondary microphone on the top of the phone beside the 3.5mm universal jack. We can also make out the shiny metal border that seems to be possibly going around the whole display. Nothing else can be made out of the pictures now, and we need more data about the Vivo XPlay 5S before we can jump to any definitive conclusions.

If the previous rumors are true, then the phone will be carrying 4GB of RAM and will use the much-awaited Snapdragon 820 SoC. According to PhoneArena, the Vivo XPlay 5S may carry a 6-inch display with a 2160 x 3840 4K resolution. The phone might offer 64GB of onboard storage. Rumors also suggest that the phone will get a 21MP rear and 12MP front camera, along with a 4,000 mAh battery and Android 6.0 Marshmallow. If the phone really is getting Qualcomm’s SD820, then don’t expect it to get a release before early 2016.